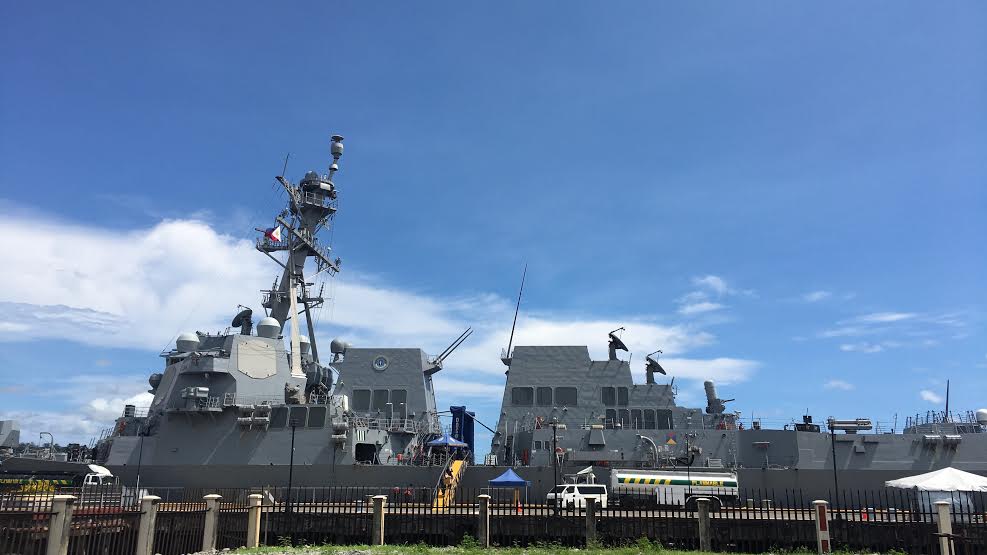 USS Sterett, an American warship, is in Subic for a scheduled port visit. It is docked at the Alava Pier inside the former American Naval Base. (PHOTO BY ALLAN MACATUNO / INQUIRER CENTRAL LUZON)

SUBIC BAY FREEPORT — A warship and two naval vessels of the United States arrived here for a scheduled port visit, officials of the US Navy said.

USNS Richard E. Byrd (T-AKE-4), USNS Tippecanoe (T-AO-199), and USS Sterett are docked at the Alava Pier inside this former American Naval Base.

The two US naval ships arrived on Tuesday (June 20) while the warship docked earlier on Sunday (June 18).

The three ships will undergo refueling and repairs.

USS Sterett is joined by the command staff of the Destroyer Squadron (DESRON) 31, along with an embarked helicopter detachment from Helicopter Maritime Strike Squadron (HSM) 49, according to a US Navy news release.

Cmdr. Claudine Caluori, Sterett’s commanding officer, said the port visit, Sterett’s seventh overall and sixth in the Asia-Pacific region, “offered the opportunity for the ship to conduct a voyage repair availability (VRAV) period, community outreach events, and the crew to explore the Philippines.”

“We are very excited to be here in Subic Bay. We’ve had a series of excellent port visits over the course of our deployment, and we’re looking forward to building on the relationship with another one of our close allies and friends in the Asia-Pacific Region,” Caluori said.  SFM 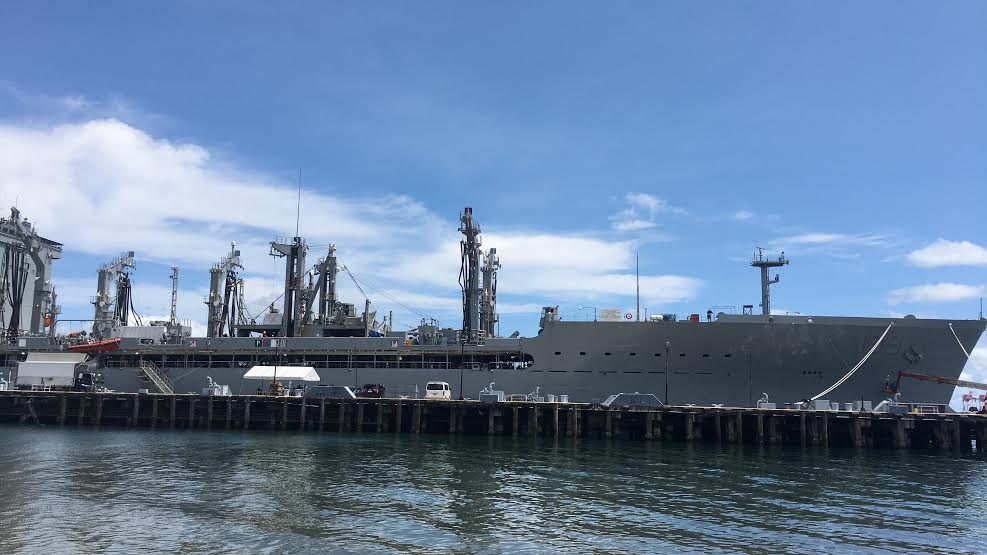 The USNS Tippecanoe (T-AO-199) is at the Subic Bay Freeport Zone for refueling and maintenance on June 22, 2017 (PHOTO BY ALLAN MACATUNO / INQUIRER CENTRAL LUZON) 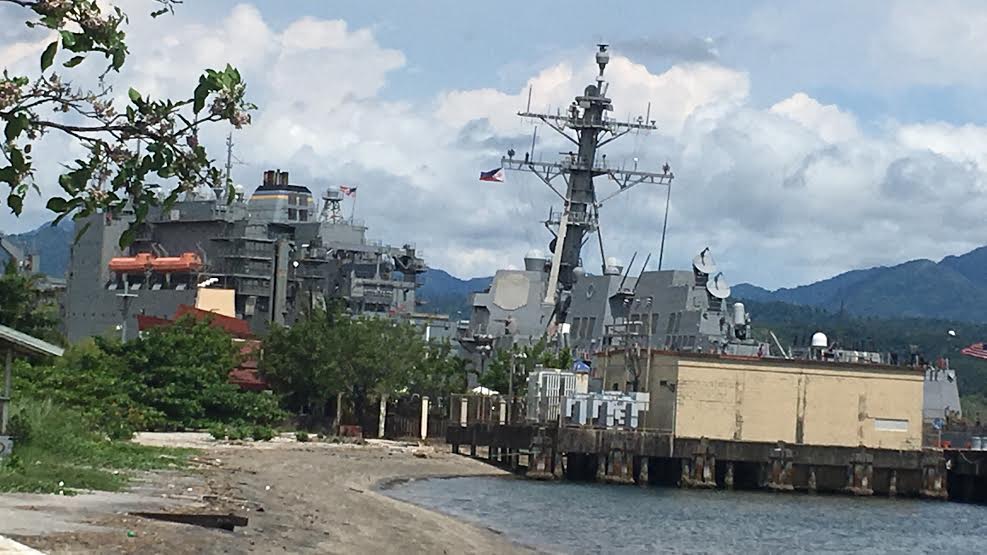 USNS Richard E. Byrd (T-AKE-4) is docked at the Alava Pier in Subic Bay. It arrived on Tuesday for a regular port visit. (PHOTO BY ALLAN MACATUNO / INQUIRER CENTRAL LUZON)