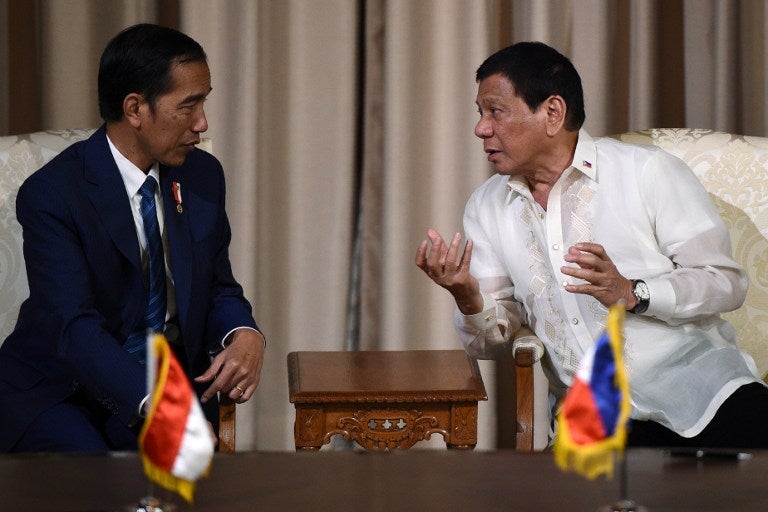 President Rodrigo Duterte and Indonesian President Joko Widodo have reaffirmed their resolve to fight terrorism amid the rising threat of the Islamic militants in the region, Malacañang said on Thursday.

“They both reaffirmed the need to step up operation to address threats posed by terrorism and violent extremism,” Abella said in a Palace briefing.

Abella said Duterte received the call from Widodo at 7:30 p.m., which he described as “fruitful and productive.”

“And President Widodo reaffirmed Indonesia’s commitment to support the Philippines in countering terrorism including restoring peace and stability in the southern Philippines,” he said.

“The President also welcomed the Indonesian President’s expression of commitment and emphasized the Philippine government’s full resolve to work closely together with Indonesia and likeminded states to address these issues,” he added.

The Palace official said both leaders look forward to the results of the trilateral meeting between the Philippines, Indonesia, and Malaysia on Thursday.

The meeting was set to further strengthen ties in their fight against terrorism and extremism.

In an ambush interview on Tuesday night in Cagayan de Oro, Duterte said he would raise to Widodo the presence of Indonesian Islamic fighters in Mindanao.

READ: Duterte to ask Widodo about Indonesian fighters in Mindanao

Indonesian Defense Minister Gen. Ryamizard Ryacudu has said that there were about 1,200 Islamic fighters in the Philippines, including 40 Indonesians.