Nine Filipinos in Sabah standoff sentenced to death in Malaysia 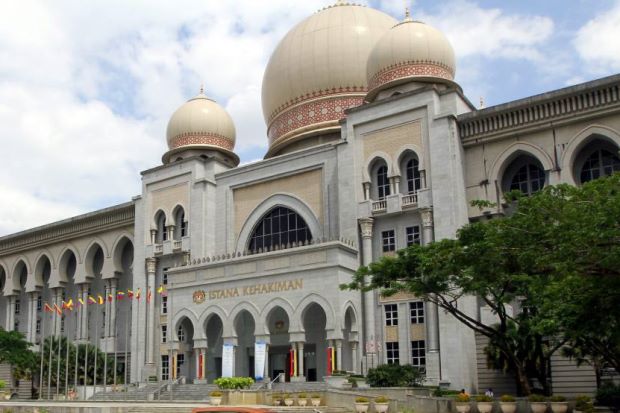 PUTRAJAYA, Malaysia — The Appeals Court here overturned the natural life sentence of nine Filipino militants involved in the Sabah standoff four years ago and sentenced them to death for waging war against the country’s monarch.

The decision was made after allowing the prosecution’s appeal against the sentence.

Other judges on the panel were Justices Abdul Rahman Sebli and Kamardin Hashim.

The prosecution filed an appeal against the nine Filipinos’ natural life imprisonment for waging war against the Yang di-Pertuan Agong under Section 121 of the Penal Code, meted out by Kota Kinabalu High Court judge Justice Stephen Chung last year.

Nine members of the Malaysian security forces were killed in the intrusion that occurred between Feb 12 and April 10, 2013.

Read Next
UP climbs to 367th spot in QS World University Rankings
EDITORS' PICK
Is it safe to talk politics again at family gatherings? ‘The Reconciliation Dinner’ shows us what that’s like
vivo’s coming to town to grant wishes with more holiday promos
The Best Tech Gifts For The 2022 Holidays
House energy committee chair Arroyo bats for cheap electricity
EDITORIAL: To a bike-friendly future
Pagasa: Warm, sunny Sunday in most parts of PH
MOST READ
LOOK: Vhong Navarro transferred to BJMP detention facility in Taguig
The Elephant Man in the Senate
Posh village as ‘shabu’ haven
LOOK: Zanjoe Marudo bonds with Ria Atayde, her family
Don't miss out on the latest news and information.