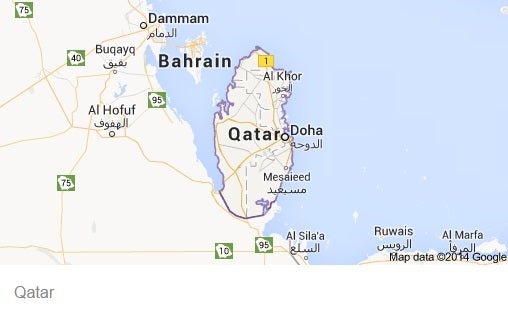 The Department of Labor and Employment (DOLE) on Wednesday announced the partial lifting of the deployment suspension of overseas Filipino workers (OFW) to Qatar.

Labor Secretary Silvestre Bello III, in a news conference, however, clarified that the suspension was lifted only for workers with Overseas Employment Certificates (OEC), direct hires, and those under the Balik Manggagawa system or returning employees.

An OEC is a documentary requirement imposed by POEA to OFWs before they are allowed to work abroad.

Those who have pending application are still not allowed to be deployed, he said, adding that the Philippine Overseas Employment Administration (POEA) has ceased the processing of workers to Qatar.

According to Bello, the lifting of the suspension came after the crisis committee, which he composed to monitor the situation in Qatar, made the recommendation after getting the updates from their Philippine Overseas Labor Office (POLO) in Qatar.

“They reached a consensus to lift the temporary suspension until further assessment of the situation in Qatar,” Bello said.

“The Embassy of Qatar assured us that there is an oversupply of food and our workers are safe there,” he added, saying the Embassy of Qatar sent a letter to DOLE requesting him to reconsider his decision after imposing a temporary suspension in deployment.

Some 300 OFWs with OECs were able to leave for Qatar following the lifting of the moratorium, the POEA said.

Bello said the Philippine Overseas Labor Office (POLO) in Qatar was directed to submit an hourly report of the situation there and the crisis committee will analyze the report.

He said he initially ordered a temporary suspension for all OFWs going to Qatar as a preemptive move after receiving reports of panic buying in the oil rich country.

“The situation in Qatar as of this morning has already normalized and there is no more panic buying based from the report from our Labor Office in Doha, so the committee decided on the lifting of the suspension, particularly the balik manggagawa with OECs,” Bello explained.

While the government partially lifted the suspension, Bello said, the POLO in Qatar is still putting in place appropriate contingency measures, including possible repatriation of Filipinos in case the situation worsens.

“No one else is more knowledgeable about the prevailing conditions in Qatar other than our own OFWs who have been quietly living and working there for several years,” said former labor undersecretary and OFW advocate Susan Ople, who heads the Blas Ople Center.

She expressed confidence in the resilience and good judgment of Filipinos in Qatar.

According to her, the diplomatic crisis does not involve foreign workers and OFWs should just focus on their work and refrain from posting any messages that may be perceived as political in nature.

She said the labor department’s move to suspend the deployment of overseas Filipino workers (OFWs) to Qatar caught OFWs and other stakeholders by surprise.

“We were surprised at the abrupt decision to suspend the deployment of OFWs to Qatar to give way to an assessment of the situation. It is usually the other way around,” Ople said.

She commended Bello for his good intentions in taking a pro-active role in protecting Qatar-bound OFWs. But she said she disagrees with the suspension order.

“Government response should be calibrated and commensurate to the realities on the ground. So far, the OFWs in Qatar that we have talked to are saying that nothing much has changed in their daily routines,” Ople said.