Duterte has pulled out of Japan conference – organizer 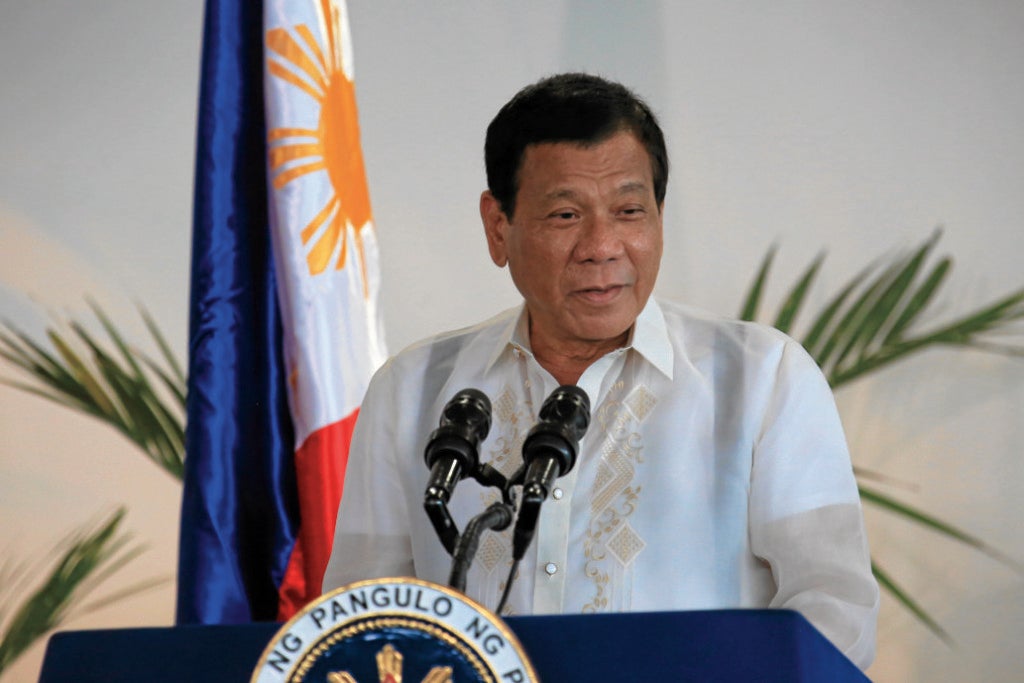 MANILA — President Duterte will not be appearing at the 23rd International Conference on the Future of Asia in Japan in June, according to Nikkei Inc., the organizer of the event.

Malacañang, though, has not announced the cancellation of the President’s appearance at the event to be held on June 5-6 in Tokyo.

Nikkei posted on the event’s website that Mr. Duterte would not be joining the conference, which would be attended by other world leaders and officers of international organizations.

“We regret to announce that H.E. Mr. Rodrigo Duterte, President of Republic of the Philippines has canceled his appearance at this year’s conference,” it said in a May 29 post.

Mr. Duterte was supposed to deliver the closing speech at the event.

Presidential spokesperson Ernesto Abella said he could not as yet confirm if Mr. Duterte’s Japan trip had been shelved, but he noted that the chief executive has been having a lot on his plate a the moment.

“But as far as we know, he would rather stay here,” Abella added.

Mr. Duterte recently placed the whole island of Mindanao under martial law following attacks in Marawi by members of the Maute group, which claims affiliation with the Islamic State.

He issued the proclamation while on an official trip to Russia, which he cut short so that he could attend to the situation in Marawi.

Had it pushed through, Mr. Duterte’s trip to Tokyo this June would have been his second visit to Japan as President.

He came to Tokyo In October for an official visit, where he met with Prime Minister Shinzo Abe.

In January, he hosted Abe in Manila and Davao City, where the Japanese Prime Minister even had breakfast at his home.  SFM