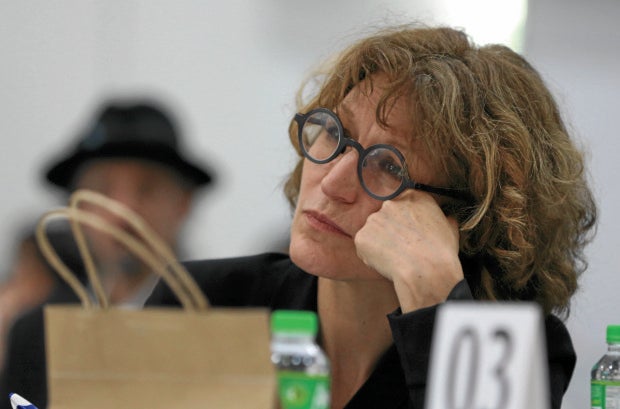 President Rodrigo Duterte on Friday said Agnes Callamard, the United Nations special rapporteur on extrajudicial killings, had prejudged him when she backed the idea that “shabu” does not shrink the brain, and so he would not agree to be investigated at this time.

At the maiden episode of his nationwide TV show that aired Friday on PTV, Mr. Duterte was asked about Callamard, who recently visited the country to attend an academic forum.

Mr. Duterte said Callamard could come to the country to talk anytime, but he would pay her no heed.

“But I would not listen to her. You know there is one crucial thing that happened while she was here. And her statement that shabu does not destroy the brain of a person. Son of a … this ma’am,” he said.

Callamard, on her Twitter account, had posted a link to the study of neuroscientist Carl Hart, who said in a recent drug forum in the Philippines that there was no evidence that methamphetamine use shrinks a person’s brain as Mr. Duterte claimed. Callamard attended the same forum.

In disputing this, Mr. Duterte said some people had claimed they committed their heinous crimes because their guardian angels told them to kill. Many of these people’s brains were addled by drug use, he said.

“So what caused this insanity of the number of Filipinos committing the crime? It’s impossible that they just went crazy because of the air or because of genetical disorder. Our experience would tell us that it is a virulent chemical,” he said.

“And nobody but nobody can dispute that with just a simple statement,” he added.

Callamard and the “black” guy who came to the country—in apparent reference to Hart—were saying the same thing, he said.

He claimed that they were disputing his experience dealing with the criminals wth a statement without any factual basis, despite Hart’s study./rga