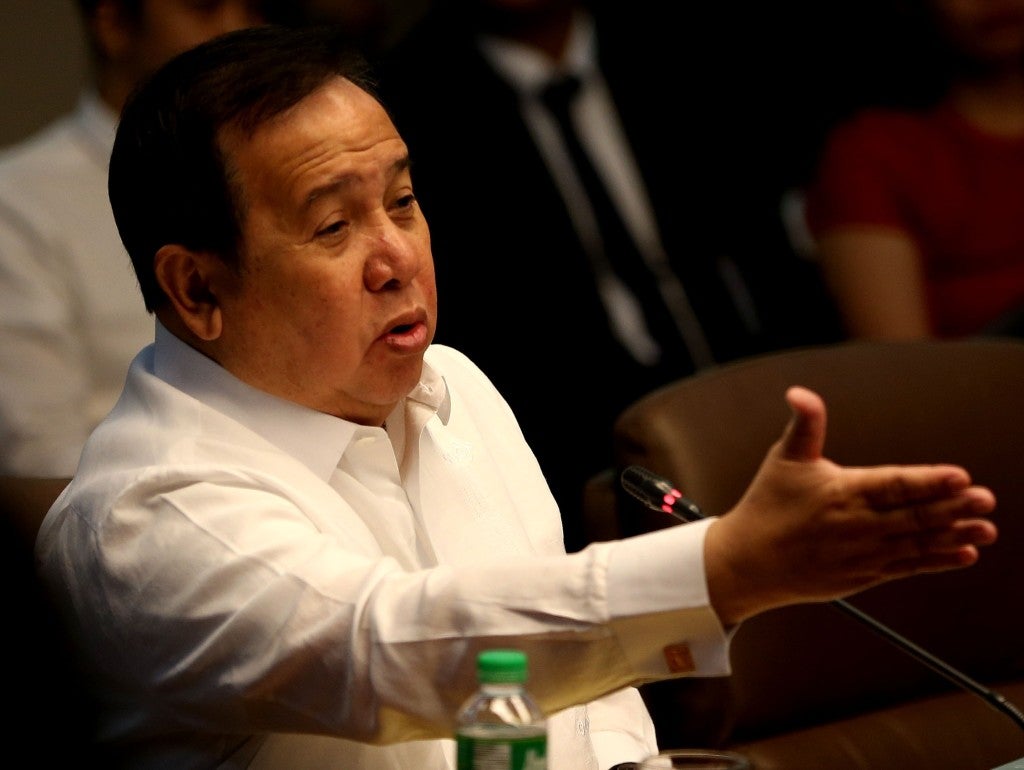 TACLOBAN CITY — Friends don’t demand conditions before helping each other.

Sen. Richard Gordon, an ally of President Duterte, said Mr. Duterte was right in rejecting nearly $300 million in grants, or funds that need not be paid back, from the European Union (EU) because of conditions being imposed by the EU that interfere with Philippine policies.

Gordon made the statement as he led ceremonies for the turnover of a two-story building to be used for a vocational training center that was donated by the Bahrain Royal Charity Organization (RCO). Gordon is chair of the Philippine Red Cross (PRC).

“My friends here, they do not give me aid with conditions,” Gordon said, addressing RCO officials who were at the turnover ceremony. “You know you are a friend if you help not with conditions and not judge us right away,” he said.

“Never,” he said, referring to his country’s donations having no conditions.

Gordon lauded the Bahrain government and RCO for helping the Philippines “with no strings attached.”

“They came here. We fortify our friendship,” Gordon said.

The Bahrain RCO donated P5.3 million for the construction of the training center inside the PRC compound on Magsaysay Boulevard here.

The training center seeks to help survivors of Supertyphoon “Yolanda” (international name: Haiyan) acquire skills they could use to find jobs.

Among the programs offered in the center are those on electrical installation and maintenance, plumbing, carpentry, masonry, cooking and massage therapy.

The center is accredited by the Technical Education and Skills Development Authority, an agency that supervises skills programs for out-of-school youth or those in need of vocational training.

Mr. Duterte had said he would reject aid from the EU, composed of 28 countries, following criticisms directed by EU officials at his war on drugs, which had already claimed the lives of thousands of users and suspected pushers.

Gordon said while there could be some “economic fallout” as a result of the aid rejection, the Philippines would gain respect from the international community for boldly declaring aid is not wanted if strings are attached./rga