‘Friends don’t give aid with conditions’ 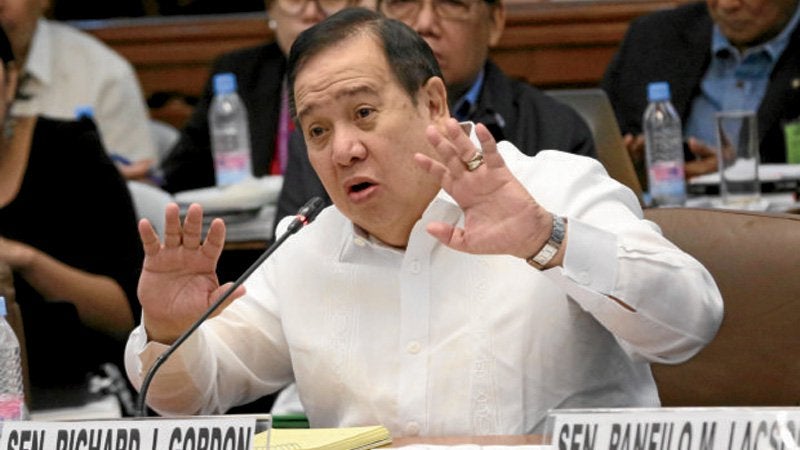 TACLOBAN CITY, Leyte—Friends should not demand conditions when helping each other.

Gordon, an ally of Mr. Duterte, made the statement as he led in accepting a two-story vocational training center as the chairman of the Philippine Red Cross (PRC), donated by the Bahrain Royal Charity Organization (RCO), on Friday afternoon.

“My friends here, they do not give me aid with conditions. You know, (if) you are a friend you help not with conditions and not judge us right away,” the senator said.

This statement of Gordon got a quick response from Bahrain’s RCO secretary general Dr. Mustafa Alsayed.

“Never,” he said, referring to his country’s act of giving assistance to the Philippines without setting any conditions.

Gordon lauded the Bahrain government and its RCO for providing assistance to the country “with no strings attached.”

“They came here. We fortify our friendship,” the senator said.

The Bahrain RCO donated P5.3 million for the construction of the training center located inside the compound of the PRC at Magsaysay Boulevard, this city.

The training center is intended to help survivors of Supertyphoon ‘Yolanda’(international name: Haiyan) gain skills on electrical installation and maintenance, plumbing technology, carpentry, masonry, cooking and massage therapy, among others, and is accredited with the Technical Education and Skills Development Authority(Tesda).

Earlier, the President said that his government would reject aids from EU, composed of 28 countries, apparently due to its strong objection on his controversial campaign against illegal drugs which resulted in the rise of extrajudicial killings in the country.

The country stands to lose about P70 billions of EU aid.

Gordon said that while there could be some “economic fallout” due to this move of the Duterte administration, the Philippines would gain respect from the international community.

“There will always be economic fallout. That will be a challenge to us. We prepare ourselves. So, we must straighten ourselves that we cannot rely forever on aids. That we must help ourselves. That’s the only (way) we’ll have respect from others,” he said.