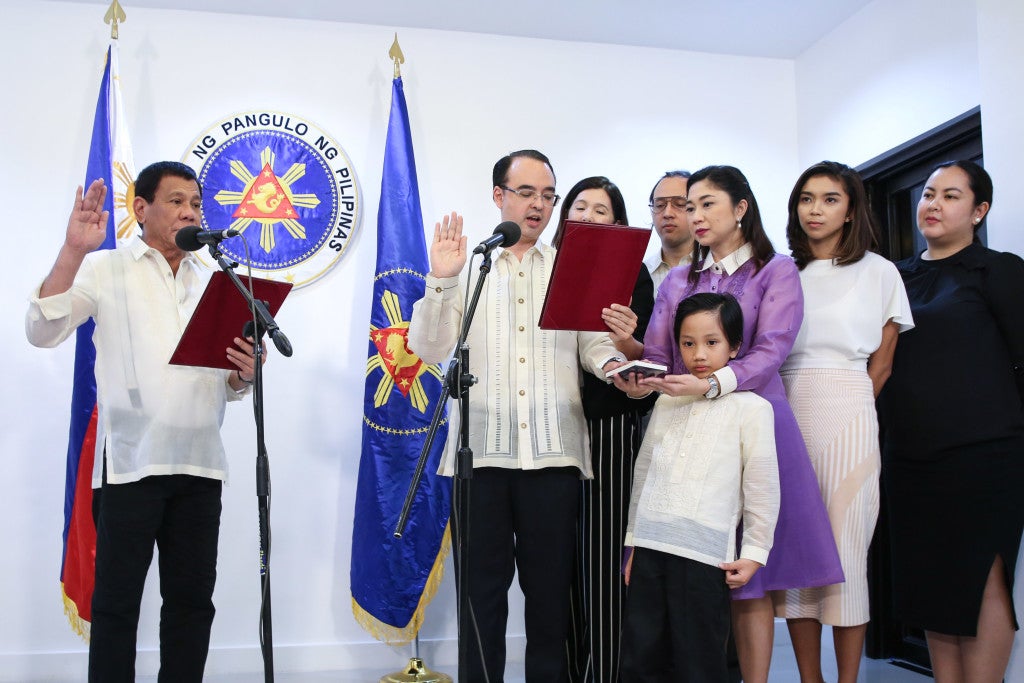 Photos of the event held at the Presidential Guesthouse in Panacan, Davao City, were released to media on Thursday evening. With Cayetano were his wife Taguig City Mayor Lani Cayetano, his sister Taguig City-Pateros Representative Pia Cayetano and other relatives.

The appointment of the defeated running mate of Duterte was recently confirmed by the Commission on Appointments.

Cayetano is deemed resigned from the Senate upon taking his oath. He will replace Acting Secretary Enrique Manalo. 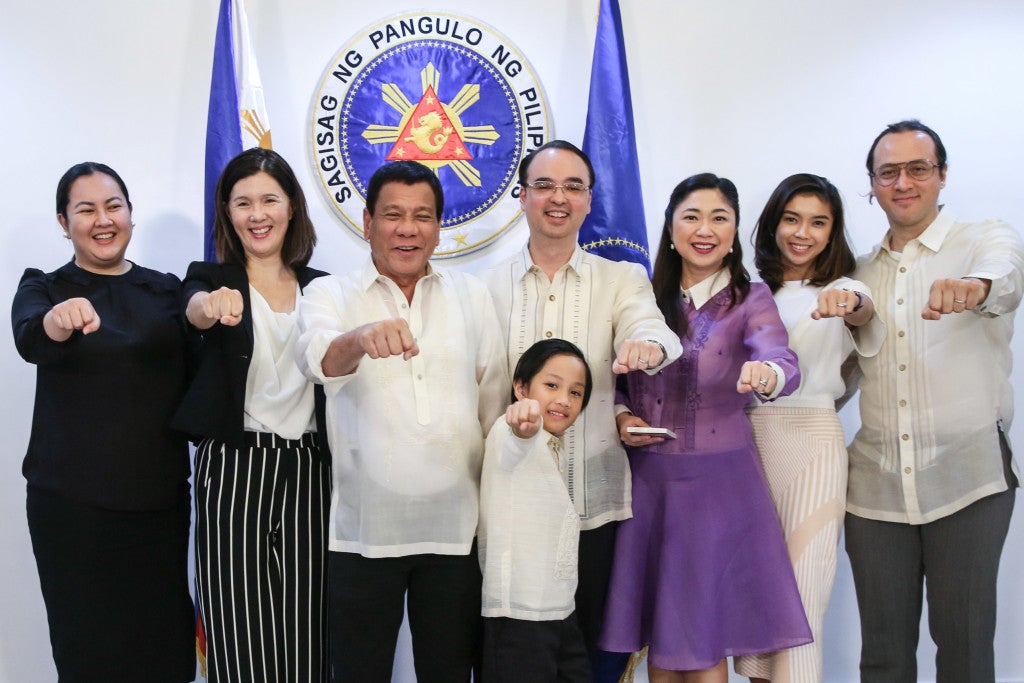 After the oath-taking rites, the new DFA chief – along with his wife Taguig City Mayor Maria Laarni ‘Lani’ Cayetano, his sister Taguig City-Pateros Second District Representative and former Senator Pia Cayetano and her son Lucas, his brother Lino Cayetano, Fille Cayetano and Jennifer Reyes – poses with the President for a photo while flashing the signature Duterte fist bump. PRESIDENTIAL PHOTO