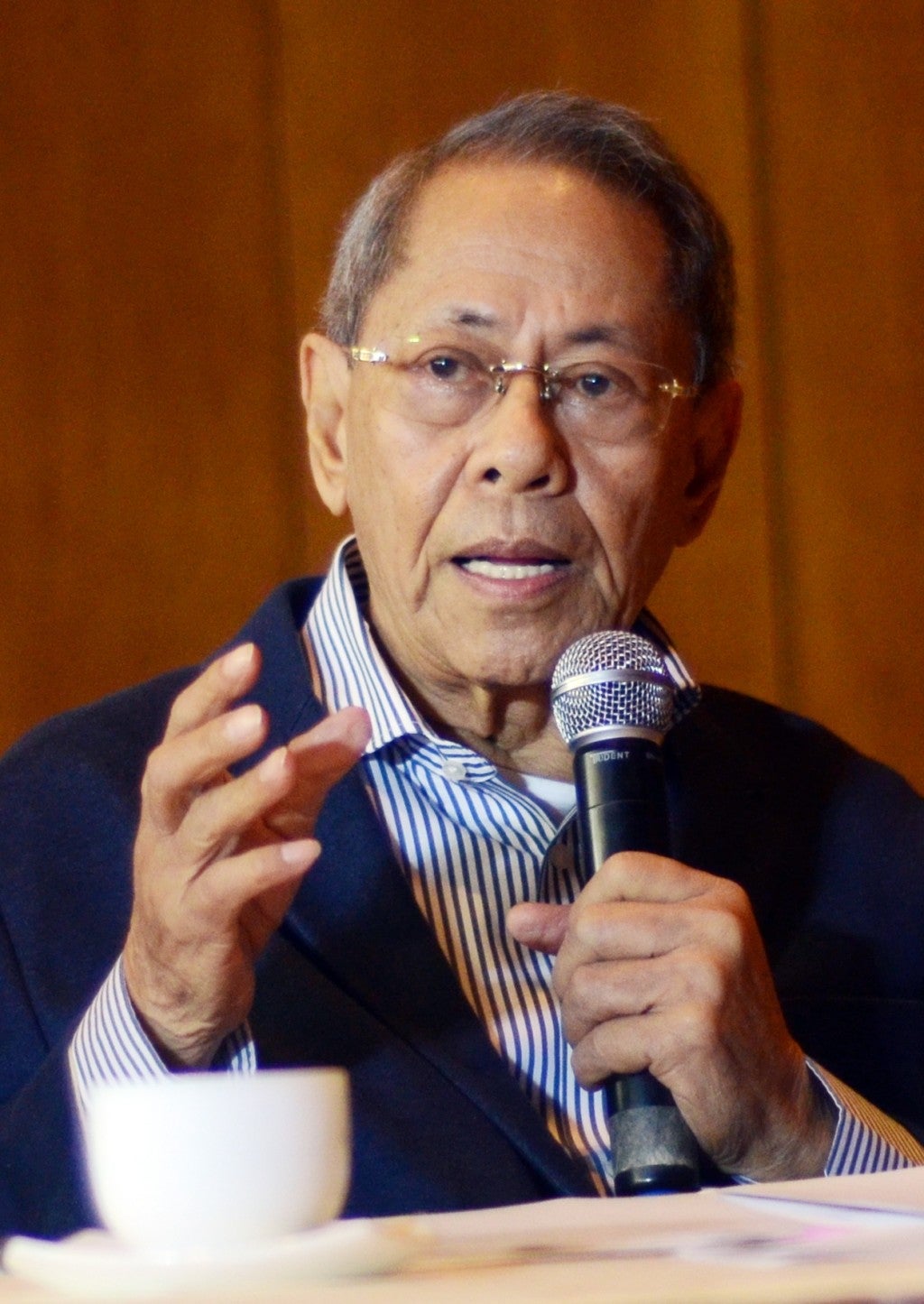 Former Senate President Edgardo Angara is the new addition to the long list of presidential appointees under the administration of President Rodrigo Duterte.

Angara has been appointed as the new special envoy to the European Union (EU), the organization that Duterte earlier castigated for expressing concern over the Philippines’ bloody war on drugs.

READ: Duterte’s 21 new appointees: Lani Cayetano, Kenneth Cobonpue, and more
It can be recalled that Angara was the chairman of the political party Laban ng Demokratikong Pilipino that endorsed the candidacy of Duterte during the 2016 presidential campaign period.

Malacañang also issued a clarification on the position of former Speaker Jose de Venecia, who is the president’s special envoy for the Asia-Pacific Economic Cooperation, and not for inter-cultural dialogue.

De Venecia joined Duterte on his recent visit to China to attend the Belt and Road Forum. During the trip, De Venecia pushed for the joint exploration of the disputed Spratly Islands.

Another appointment earlier announced by Malacañang was that of The Manila Times’ chairman emeritus Dante Ang, who has been designated as Special Envoy of the President for International Public Relations.

Ranjit Shahani, former Pangasinan Board Member and son of the late Senator Leticia Ramos Shahani, was also named to the board of the Manila Economic and Cultural Office.

De Venecia’s appointment was signed in April, while those of Angara, Ang, and Shahani were signed earlier this month.

The task force, created under Executive Order 15 issued in March, would undertake sustained anti-illegal drugs operations in the country.

The task force would be made up of members of different law enforcement agencies like Philippine Drug Enforcement Agency, National Bureau of Investigation and other institutions that had been summoned to assist in the fight against illegal drugs. JPV