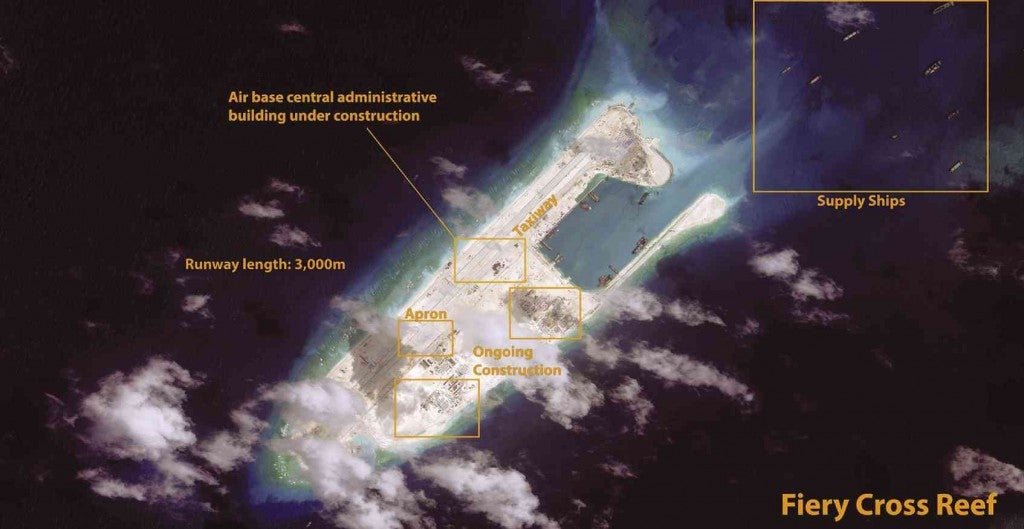 China has installed rocket launchers in the Philippine-claimed Kagitingan Reef (Fiery Cross Reef) in the Spratly Islands, according to a report by the state-run Defense Times.

The report said a Norinco CS/AR-1 55mm anti-frogman rocket launcher defense systems “with the capability to discover, identify and attack enemy combat divers” had been installed in the disputed reef.

The report, however, did not detail when the rocket launchers were installed, but said that it was in response to Vietnam’s installation of fishing nets in the Paracel Islands in May 2014.

The Kagitingan Reef is also claimed by Vietnam and Taiwan. In January last year, China has allowed a group of civilians to visit the newly built airport on the island, which the Chinese have been calling “Yonshu Island.”

The development comes in the wake of upcoming bilateral talks between China and the Philippines on May 19 to discuss the South China Sea Dispute.

President Rodrigo Duterte, who recently attended the One Belt One Road forum led by Xi in Beijing, has forged friendlier ties with China since he assumed office.

Beijing has ignored an arbitral ruling by the United Nations-backed court in The Hague that favored Manila and invalidated China’s claims to almost all of the South China Sea. JE