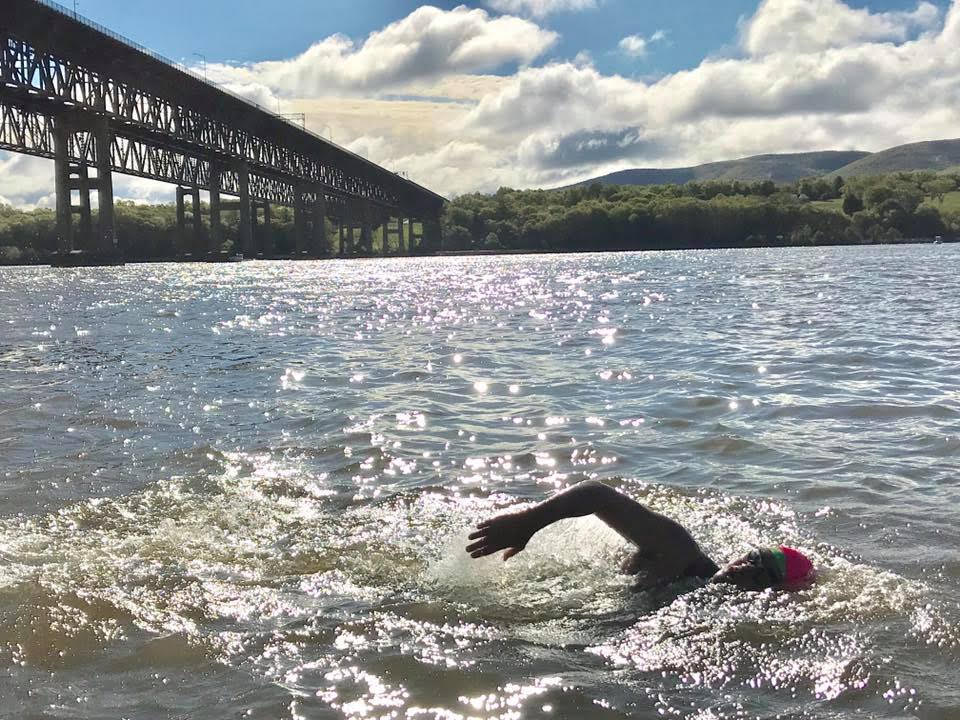 TAGBILARAN CITY, Bohol — An election officer, who is known as the “Pinoy Aquaman” has another feat.

Lawyer Ingemar Macarine, Commission of Election (Comelec)  officer of Tubigon town in Bohol, successfully swam in the Hudson River in New York despite freezing temperatures on Sunday night (Philippine Time) to raise awareness about protecting the seas in the Philippines.

Macarine completed the 8.4-kilometer distance, nonstop and unassisted, in one hour and 49 minutes from Newburgh-Beacon Bridge to Bannerman Island in New York, wearing a wetsuit, goggles and a swimming hat.

“The temperature came as a shock because  I have been used to the tropical waters in the Philippines. I was not able to adjust to the cold water because when I trained in the Philippines for several months, the water temperature was hot. Tapos kalit rako swim ing-ato nga temperature (I suddenly swam in that kind of temperature),” Macarine told Philippiine Daily Inquirer in a Facebook chat.

He was supposed to cover the 10-kilometer distance of the Hudson River but he decided to shorten his swim because he was not able to fully prepare for the freezing cold.

The Hudson swim was his third swim in the United States.

Macarine was the first Filipino to swim from Alcatraz Island Penitentiary to San Francisco City, California on April 7, 2014 and the second man to conquer the Chesapeake Bay by swimming 8.1 kilometers from Bay Bridge Marina to Sandy Pointe Park Beach, Annapolis in Maryland.

Macarine said he would have to swim in cold water in preparation for his open water swim in the English Channel in August this year.  SFM 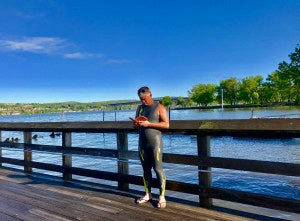 The “Pinoy Aquaman,” lawyer Ingemar Macarine, reads the Bible before his 8.4-kilometer swim in the freezing Hudson River in New York on May 14, 2017 (Philippine time). It was the third long-distance non-stop swim by Macarine in the US. (Photo courtesy of Mr. Macarine)