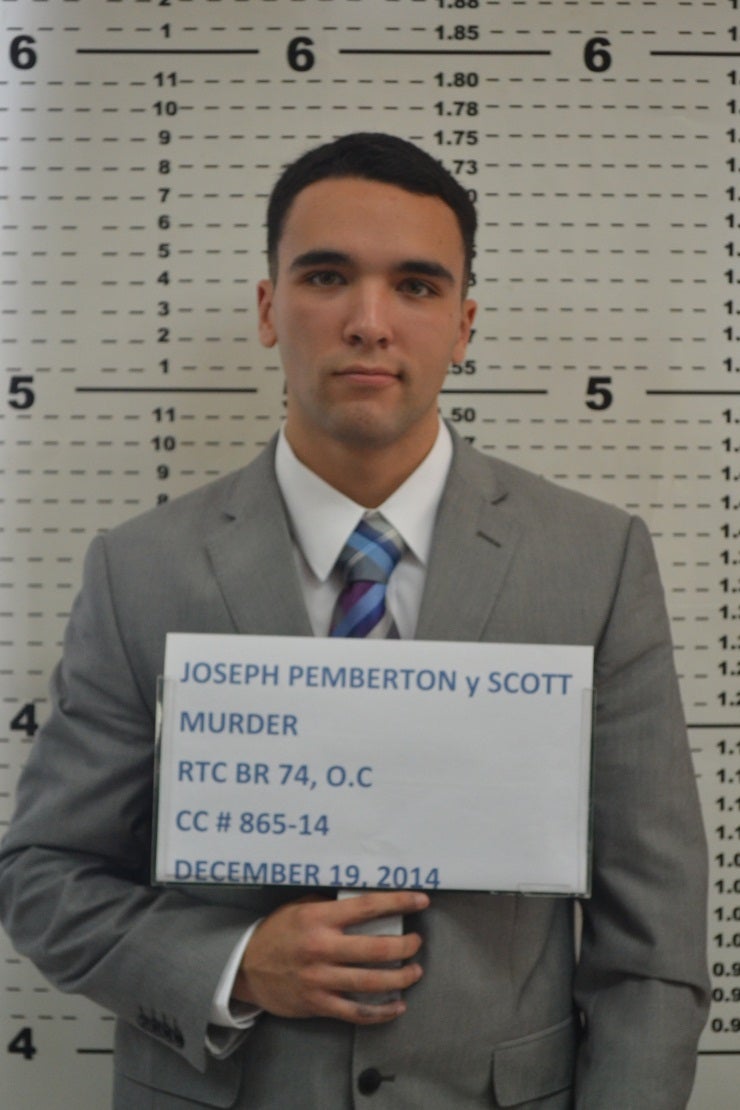 US Lance Corporal Joseph Scott Pemberton has asked the Court of Appeals (CA) to reverse its decision and declare him not guilty of homicide for the death of Filipino transgender Jeffrey “Jennifer” Laude.

In the alternative, if the CA will affirm his conviction for homicide, Pemberton, through his legal counsel Rowena Garcia-Flores, urged the appeals court to consider the privileged and ordinary mitigating circumstances in imposing the penalty.

In this case, the privileged mitigating circumstance, based on the motion for reconsideration is the incomplete self-defense and  the ordinary circumstances are Pemberton’s voluntary surrender and no intention to commit so grave a wrong.

The same motion said the appeals court has ‘cherry-picked’ the evidence to sustain the conviction of Pemberton.

“[The CA] completely ignored all contrary evidence,” the motion stated.

The motion noted that testimonies of Marine Lance Corporal Jairn Michael Rose and Marine Sgt. Christopher Miller never mentioned that Pemberton admitted killing Laude. It noted that Pemberton’s statements to the two colleagues are mere conjecture because he did not know what happened to Laude.

“This Honorable Court, with due respect, erroneously ignored the implication in Rose’s testimony that Laude may have been merely unconscious when Pemberton left him at the motel (“choked it until it stop moving and then dragged into the bathroom at that point he left and then took a cab back to the sea port”).

“It also disregarded the implication that Pemberton did not drown Laude and did not dunk his head into the toilet bowl,” read the motion.

The motion added that the court disregarded the evidence that another person could have entered the room after Pemberton left the lodge.

It also said that the CA disregarded the fact that Pemberton voluntary surrendered to his superior even before a warrant for his arrest was issued.

Also, the CA’s conclusion that Pemberton ensured Laude’s death before he left the lodge has no basis.

The motion pointed out that there is no evidence that Laude was already dead when Pemberton left the place or that he dunked Laude’s head into the toilet bowl. It added that one of the witnesses even admitted that when Pemberton left, he still found Laude unconscious.

The motion added that the CA disregarded other important evidence such as the necklace that Laude was clutching with a third set of DNA, missing money and the different position of Laude from that of Pemberton’s description, among others.

“Here, the picture formed by the prosecution is neither convincing nor is it complete. It was not able to prove that when Pemberton left Laude, the latter was already dead. The Prosecution further failed to prove that no one else could have killed Laude, as the evidence undeniably proves that there was an intruder whose DNA was left on Laude’s neck; who stole Laude’s money; and whose necklace was left in the hand of Laude. The circumstantial evidence cannot be said to form an ‘unbroken chain’ that ‘excludes all other [suspects]’ but Pemberton.”

In the same motion, Pemberton asked that in case his conviction is affirmed, aside from lowering the imposable penalty, the amount of damages awarded for “loss of income” should be reduced considering that the current minimum wage in Zambales is P349 a day.

Pemberton was sentenced to six to 10 years imprisonment by the Olongapo City Regional Trial Court Branch 74 in December 2015, following a closely watched trial that lasted for a year. IDL/rga