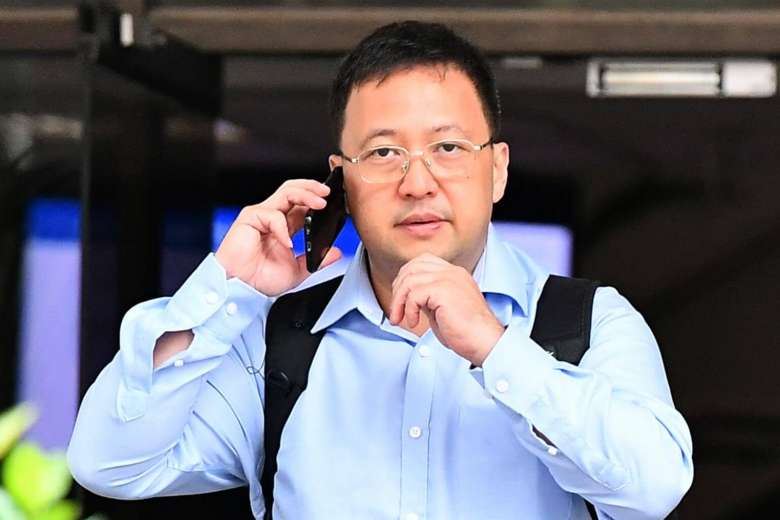 SINGAPORE — A Filipino engineer who took upskirt videos of 26 women including his colleague in 2014 was jailed for 10 weeks on Tuesday (May 9) for insulting modesty and having obscene films.

Angelo Salvador Afable Beltran, 45, who faced 28 charges, pleaded guilty to eight charges of intruding into the privacy of women by using his cellphone to capture videos of the victims’ inner thighs and underwear at various locations.

He also admitted to having 41 digital video clips which were obscene and found at his former residence at Hume Avenue on May 23, 2014.

The court heard that a train commuter spotted him standing behind an unknown woman at Jurong East MRT Station platform and taking a video recording of her on May 22, 2014.

When the 35-year-old witness confronted him, Beltran panicked and tried to walk away but was stopped.

Before the witness could tell the woman what had happened, she had boarded the train. The witness brought Beltran to the MRT station control who called the police.

Police came and found other similar videos stored in his phone. Beltran was arrested and brought back to his home in Upper Bukit Timah where several items were seized.

Investigation showed that he had used his mobile phone to take upskirt videos of various women wearing short skirts or dresses in 2014.

In mitigation, Beltran’s lawyer Patrick Fernandez said during the course of investigation, his client was induced to offer $35,000 to a police officer.

Because of this, the matter had been prolonged. He said the officer had been convicted.

Mr Fernandez said Beltran, who has three children, suffered all kinds of mental anguish for the last three years including losing his high-paying expatriate job, and recently, accommodation as well.

Beltran’s family had returned to the Philippines and they are “suffering,” he said.

As he was desperate to finish his sentence quickly, Mr Fernandez said his client cancelled bail last month so that he could start remand and use it to offset his sentence.

“He is absolutely remorseful for his actions,” he added.

He told District Judge Samuel Chua that his client was given a warning by the Corrupt Practices Investigation Bureau in respect of the bribery case.

The court backdated his sentence to April 28.

Beltran could have been jailed for up to one year and/or fined on each charge of insulting modesty; and for the Films Act offence, fined between $500 and $20,000 and/or jailed for up to six months./rga