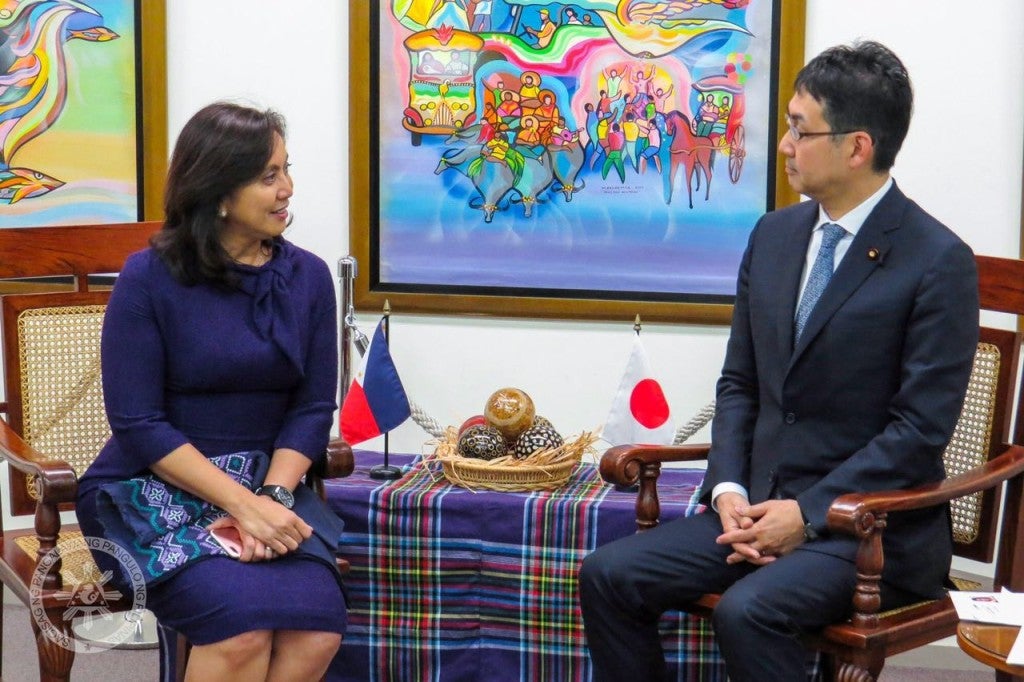 Vice President Leni Robredo has flown to Japan to attend the Global Summit on Women participated by 1,300 delegates from 62 countries across the world.

Robredo flew to Tokyo via Philippine Airlines flight on Wednesday. Vice presidential spokesperson Georgina Hernandez, also the head of the Office of the Vice President’s advocacy and anti-poverty programs, accompanied Robredo at the event.

The summit’s theme for this year is “Beyond Womenomics: Accelerating Access.”

During the press briefing for the summit at Grand Prince New Takanawa Hotel, Robredo said the summit was “very appropriate” for the Philippines as the delegates would discuss public-private partnerships in providing more economic opportunities for women.

There, Robredo noted the “Angat Buhay,” anti-poverty program the Office of the Vice President initiated because of the “political reality” in the Philippines.

“And because of that political reality, when I assumed office last year, one of the flagship programs, or the main flagship program that we’ve launched at the Office of the Vice President, is an anti-poverty program,” she added.

Part of the six-point anti-poverty program is women economic empowerment because “this is very crucial in pushing for greater gender equality amongst us,” said Robredo./ac