“I was wearing pants. No, it wasn’t staged.”

That was political analyst Robert Kelly’s message to the Filipino public on Friday before starting his lecture on the Korean political crisis.

Kelly was at the Ateneo de Manila University for a forum with the Korean Studies Program but he decided to start his lecture with a five-minute disclaimer on the extremely viral video that showed his kids disrupting his live BBC interview earlier this year.

He pointed out that while he was an expert on Korea, news organizations would call him and refer to the video.

“None of them really read my stuff,” he said in jest. 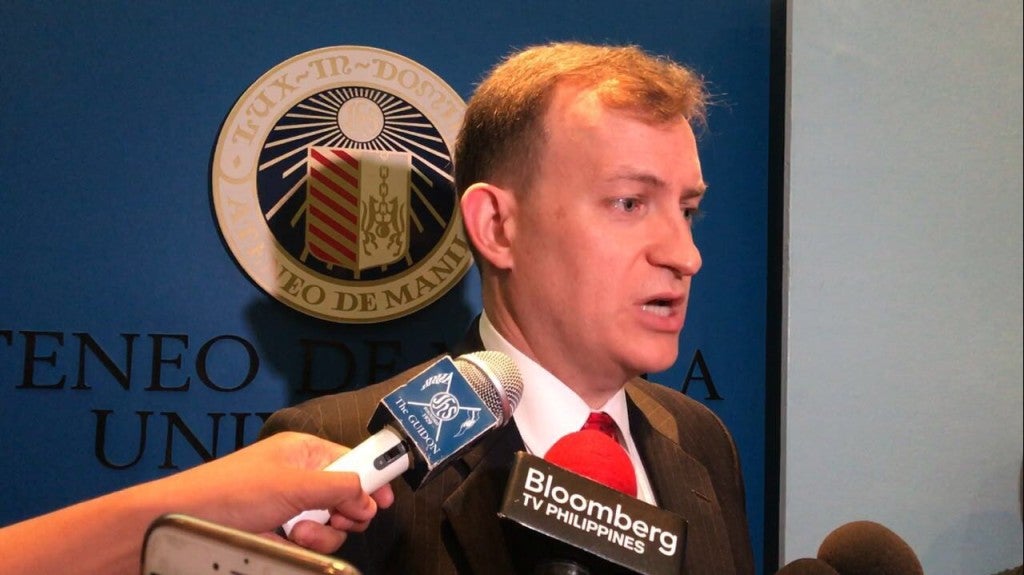 “I’m still struggling with what I think about the video,” admitted Kelly, who seemed both amused and embarrassed with his newfound fame.

The academic explained that he was used to holding Skype interviews with international media in his home office but he forgot to lock the door just before his BBC interview.

“I forgot to lock the door. That’s the only reason,” he said. “And my kids came barging right in. It was a legitimate family blooper.”

Kelly said his family had to issue a press release because some people thought the whole thing was staged. They also held a press briefing and 300 journalists attended. 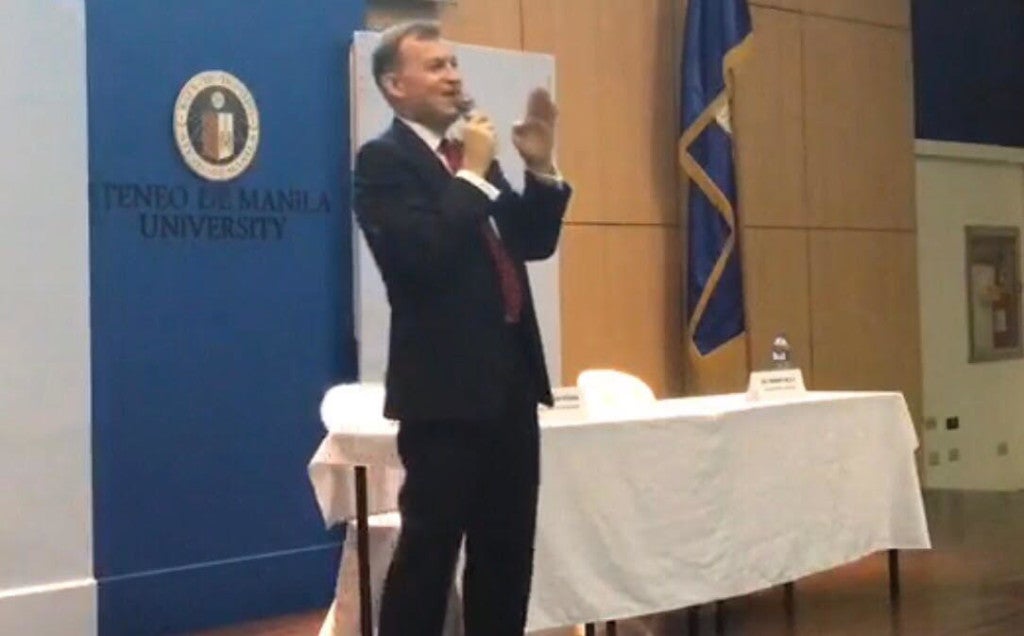 “No! No! All these conspiracy theories…I will tell you now. Media, you can write this down. Yes. I was wearing pants. No, it wasn’t staged,” he said during the forum attended by around 500 students and professionals.

“There’s a cartoon about my kids now…This is just crazy, it’s just ridiculous,” he said, referring to a new animated show inspired by his children Marion and James.

Despite the embarrassing circumstance of the video, Kelly’s career seems to have been benefiting. Organizers of the Ateneo event even promoted the lecture by sharing stories about the Kelly family’s viral video. Hundreds of attendees filled Ateneo’s Leong Hall for the talk.

Nevertheless, Kelly was relieved when he asked the audience to just ask him about the video and no one replied.

“I’m afraid this will be a huge discussion on the viral video,” he said jokingly. IDL