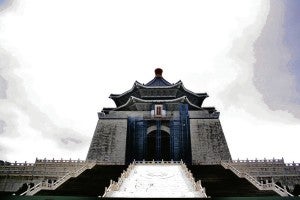 Dr. Gary Song-Huann Lin, Taiwan representative to the Philippines, shared the good news on Wednesday, during his special lecture in the University of the Philippines Diliman campus on the bilateral relations between the Philippines and Taiwan.

The move is part of the Taiwanese government’s “New Southbound Policy,” which aims to forge strong economic ties and strengthen “people-to-people” exchanges between their country and South, as well as Southeast Asian nations.

“Based on this New Southbound Policy, my government and your government made efforts to ease up the visa application,” Lin said. Beginning late 2016, Filipinos were allowed to apply for visas and travel authorization certificates online.

“Based on our recommendation, from June 1st this year, Taiwan will give visa-free treatment for all Filipinos,” he added.

Visa-exempted Filipinos may stay in Taiwan up to 30 days, and the visa exemption program would be in trial period for one year.

The Taipei Economic and Cultural Office said the relaxation of visa application would attract people to visit Taiwan either for tourism or business purposes. In 2016, at least 170,000 Filipinos visited Taiwan.

The New Southbound Policy was announced by Taiwanese President Tsai Ing-wen in August last year. It is expected to forge closer ties with 18 nations, including the 10 member countries of the Association of Southeast Asian Nations, six South Asian countries, Australia and New Zealand.

With the strengthening of bilateral relations with the Philippines, Lin said the new policy would enhance cooperation on agriculture, fisheries, information and communication technology, and climate change, among others.

Lin, who has been the envoy to the Philippines since 2014, also said that aviation agreements between the two countries were also successfully renegotiated, opening the door for more than 200 flights per month.

Flights from Taipei have been landing not only in Manila, but also in Boracay, Palawan, and Cebu provinces, said Lin.  SFM