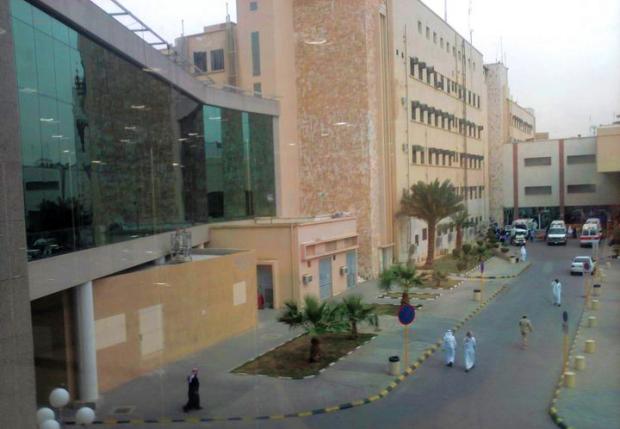 Marciana Belino has been confined at the King Saud Medical City in Riyadh since April 11, 2017. (Photo from Facebook)

A Saudi Arabian recently abandoned a gravely ill Filipino female employee at the gate of the Philippine Embassy in Riyadh.

Then on April 11, she was taken to the King Saud Medical City, where she was transferred to the intensive care unit.

“The SRA Saudi Manpower Recruitment Office is extending their assistance to OFW Belino,” Polo said. “The POLO & SRA will be facilitating the repatriation of the worker once she’s ready for discharged.”

But the family of Belino expressed concern that the Philippine authorities might not be monitoring her case.

According to her sister-in-law, Juvy Belino, another overseas Filipino worker went to the hospital to check on Belino and found out that she needed to undergo an operation.

“The Polo and the agency are giving us conflicting information,” Juvy Belino told INQUIRER.net in a phone interview. “They said that our sister is okay and stable, but we found out that she’s not.”

She said SRA Saudi Manpower Recruitment only contacted them last April 19 and the Polo-Riyadh only on April 26.

Another Filipino in Saudi Arabia told Juvy that the doctors needed her passport and Iqama (residence permit) so they could proceed with the treatment.

As of this writing, Polo had not responded to the inquiry on Belino’s documents and other belongings, but the agency said it was coordinating with the employer.

Juvy said that they appealed for Polo’s help so that at least one relative could visit their sister and take care of her.

“We feel that the agency and Polo are not taking good care of her,” Juvy said. “According to our contacts at the hospital, they haven’t visited her since she was brought there.”

“We asked if they could help at least one of us go to Riyadh,” she added. “But they told us that it’s a lot of work and getting a visa may be hard.”

In a follow up inquiry, INQUIRER.net learned from Polo-Riyadh that its personnel were doing their best for Belino.

“The SRA coordinated with the employer already,” Polo said. “The employer will give exit visa, passport, ticket and other assistance once the patient will be stabled and ready for discharge.”

But the family said that without the operation Belino could not be repatriated.

The Belino family called on the Polo to act swiftly on Marciana’s case and also appealed to other Filipinos in Riyadh to help monitor her condition. /atm