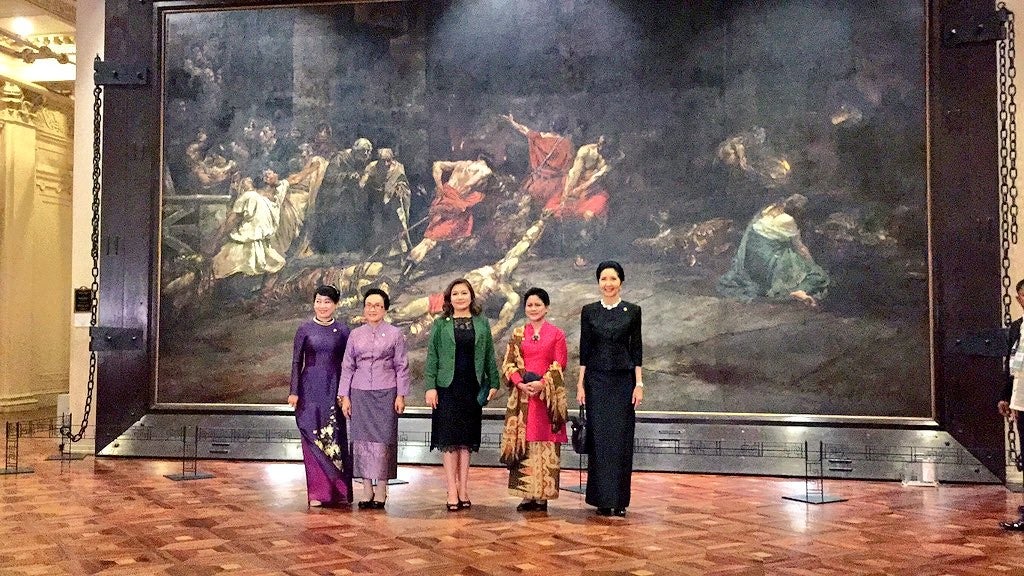 Straight from the Asean Summit opening at the Philippine International Convention Center (PICC), the 46-year-old Avanceña and leaders’ spouses proceeded to the museum. They started to arrive one by one at around 11:40 a.m.

BACKSTORY: Honeylet to play host to spouses of leaders

Duterte’s common-law wife will show them around the decades-old museum. They will also watch a demonstration of native weaving using fabrics from South Cotabato.

Afterwards, they will be entertained with folk dances by the Kalilayan Folkloric Dance Group.  The Voice Kids singer Darlene Vibares and Reynan Dal-Anay, meanwhile, will sing “Tagumpay Nating Lahat.” Youth orchestra Pangkat Kawayan, known as the “Singing Bamboos of the Philippines,” will also perform for the esteemed guests.

After the short program, Avanceña, with whom Duterte has a 12-year-old daughter named Veronica, will host a luncheon for the spouses at the Old Senate Hall inside the museum. IDL