Aguirre finds inclusion in case against Duterte at ICC ‘amusing’ 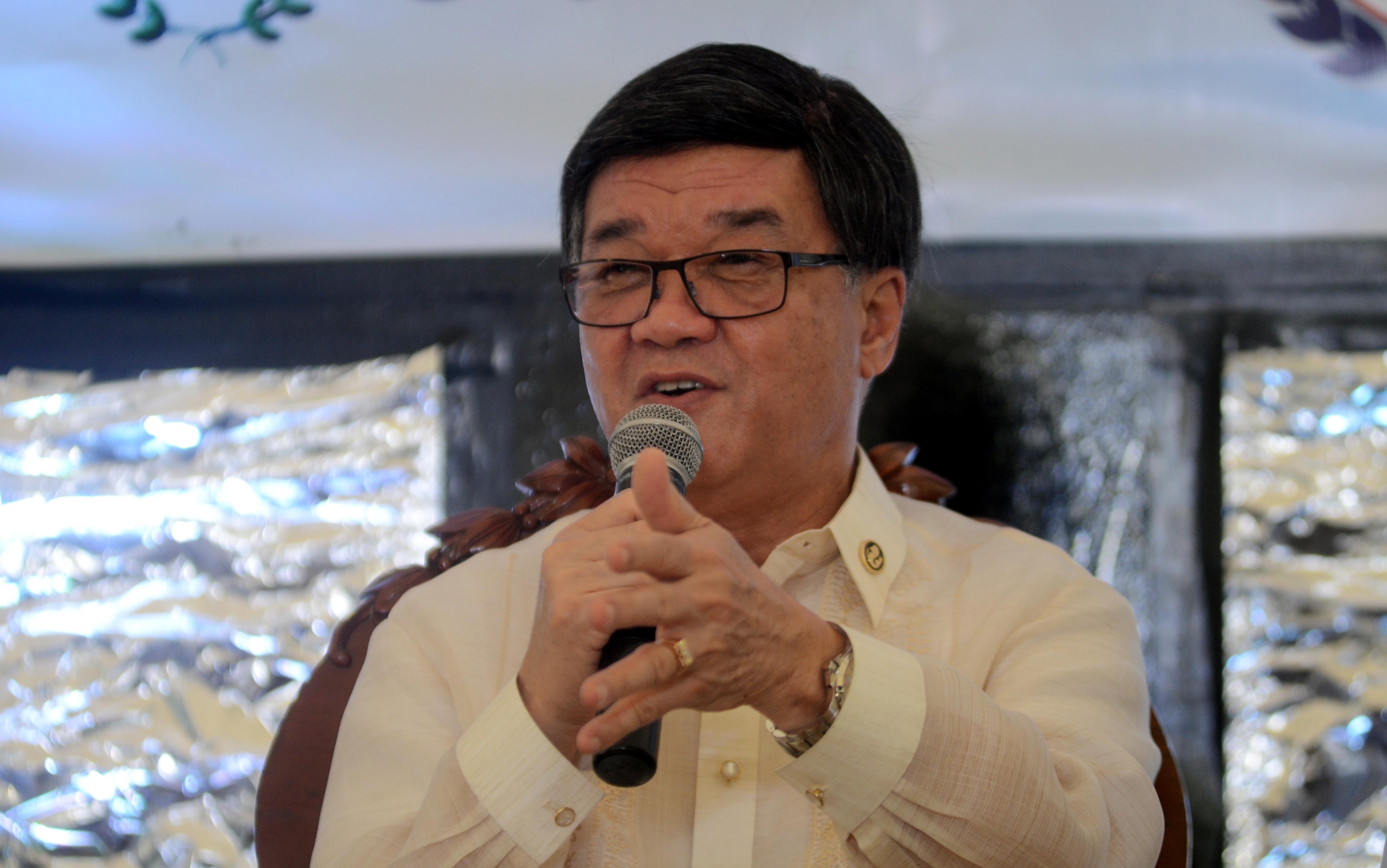 Justice Secretary Vitaliano Aguirre II laughed off on Thursday his inclusion in the complaint for crimes against humanity lodged by a lawyer at the International Criminal Court (ICC) in The Hague against President Rodrigo Duterte and some of his staunch allies.

“Initially, I found the filing of the case amusing,” Aguirre said in a statement. “Not only are the allegations contained therein utterly false, they are purely hearsay.”

Claiming that a group out to unseat Duterte could be behind it, he said: “To them and their kind, I say bring it on!”

The justice secretary, who was on an official trip in the United States, said he was “disappointed” with lawyer Jude Sabio, who filed the complaint at the ICC based on the revelations of self-confessed Davao Death Squad member Edgar Matobato.

“As a brethren in the noble profession of lawyering, he has sunk so low,” Aguirre said of Sabio. “He has deliberately prostituted himself at the altar of greed and self interest.”

“He has disregarded our Lawyer’s Oath that a lawyer shall not do any falsehood nor consent to the doing of any,” he added. “He has allowed himself to be used. For what reason or purpose, we can only surmise.”

He echoed the claims of Duterte’s allies that the filing of the complaint was part of a destabilization plot, an allegation that the government’s most senior security officials had repeatedly denied.

Aguirre said those behind the actions of Sabio and Matobato should be investigated, warning that they could be government officials who were using public funds to finance the lawyer’s travel to The Hague.

“I believe that somebody is behind them because they will not be so brazen in their actions if there is no one holding the strings, purse strings included, behind the scenes,” he said. “These destabilizers do not want the Filipino people to have a drug-free future. They hate it when the greater majority of our countrymen benefit from the many gains of the Duterte administration.”

Aguirre said Sabio and his client were out on a fishing expedition and “threw a net in the sea with this case and want to see how many fishes they can catch before the ICC.”

“Sorry to disappoint them this early, they will catch none,” Aguirre said. “Their case is substantially and procedurally infirm and bereft of merit.”

The justice secretary also stressed that he was “deliberately misquoted” when some news reports claimed that he declared that drug lords were not humans.

“What I said is that drug lords are not (the) humanity,” he insisted. “I even clarified this during my confirmation hearing before the Commission on Appointments.”

“And I still maintain that stance even today,” he added. “Anybody who deliberately profits from the sale of illegal drugs which destroy the lives, the future and the families of their buyers cannot really be equated with humanity.” /atm