‘No sail zone’ in Manila Bay near Asean summit venues 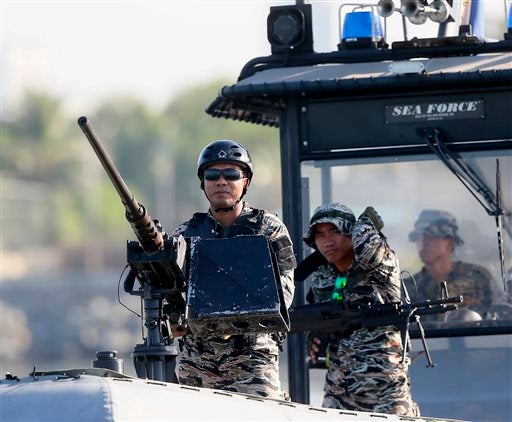 The Philippine Coast Guard (PCG) on Wednesday declared the vicinity of the Mall of Asia (MOA) complex and Manila Bay areas as “no sail zone” for the 30th Association of Southeast Nations (Asean) summit in Manila.

In an advisory, PCG Commodore Rolando Legaspi said the no sail zone would be implemented from April 26 to 29.

During that period, motor boats, yachts and other sea vessels would not be allowed to go near the waters off MOA, the Philippine International Convention Center (PICC) and the Cultural Center of the Philippines (CCP) complex, the United States Embassy, the Manila Yacht Club, and nearby areas in the Manila Bay.

“In view thereof, the Asean Sub Task Group Sea of the Presidential Security Group requested for the issuance of Notice to Mariners (NOTAM) to advise vessels/watercrafts that the PCG is enforcing ‘No Sail Zone’ in waters bounded by the exclusion zone off the shoreline of MOA to South Harbor,” the PCG said.

Leaders and diplomats from the 10 Asean member-states were expected to arrive in the country starting Wednesday.

The Metropolitan Manila Development Authority (MMDA) earlier announced a traffic rerouting plan and a “stop and go” scheme in streets where heads of state were expected to pass.

Government offices in the cities of Manila, Makati and Pasay would have a non-working day on April 27, Thursday, while April 28, Friday, was declared as special nonworking day in Metro Manila by Malacañang. With reports from Radyo Inquirer 990AM