Asean urged to use arbitral ruling in code of conduct framework 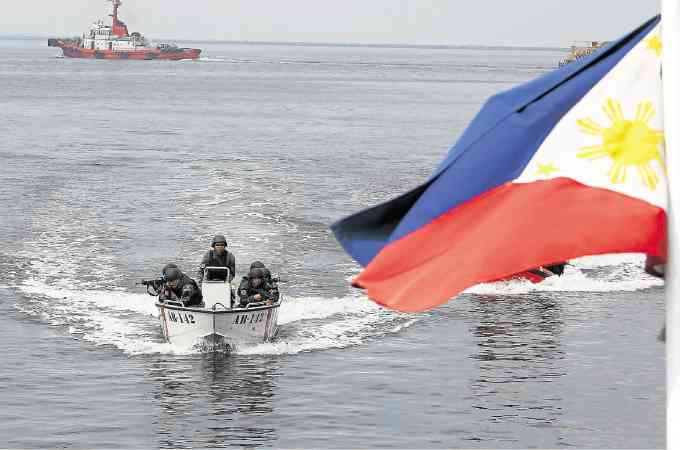 Former Foreign Secretary Albert del Rosario on Tuesday urged the Association of Southeast Asian Nations (Asean) to invoke the arbitral tribunal ruling that invalidated China’s expansive claims in the South China Sea in crafting a planned code of conduct in the disputed waters.

The Permanent Court of Arbitration last year ruled against China’s claim to nearly all of the South China Sea and said it violated the Philippines’ sovereign rights to its exclusive economic zone by interfering in fishing and oil exploration and by constructing artificial islands. Beijing refuses to recognize the decision.

Speaking at a forum organized by the Stratbase ADR Institute ahead of the 30th Asean summit later this week in Manila, Del Rosario said the ruling “not only vindicated the Philippines but, even more important, upheld the rule of law over the waters and global commons of the South China Sea.”

Department of Foreign Affairs spokesperson Robespierre Bolivar said President Duterte and other Asean heads of state would likely tackle the crafting of the COC, which had been envisioned to govern the actions of members of the regional bloc and China in the South China Sea.

It is unclear, however, if Mr. Duterte will bring up the tribunal ruling. The President, who has improved relations with Beijing, which were strained by the arbitration case, has said he will eventually raise the arbitral decision with China’s leaders.

Acting Foreign Secretary Enrique Manalo has said the regional bloc is aiming to craft the official COC framework by June and eyeing a draft by the end of the year.

An outspoken critic of Chinese actions in the West Philippine Sea, Del Rosario said China had been disregarding the 2002 Declaration of Conduct of Parties in the South China Sea, a nonbinding agreement among China and Asean not to take actions that would aggravate the territorial disputes.

He was referring to China’s expansionism through its island-building and territorial claims, which he described as “the greatest threat to regional uncertainty.”

“Beyond island-building and militarization, if our fishermen cannot enter Scarborough Shoal, if we cannot develop new energy resources, if the marine commons are irreparably destroyed, and if our secretary of defense cannot fly over the West Philippine Sea without being challenged, our country must speak out and must work with our neighbors and with our friends for us to stand united in protest,” Del Rosario said.

“We cannot wait for a ‘better time’ to come—we must create that time ourselves, lest that opportunity be lost forever,” he added in a swipe at the President’s position.

Foreign policy analyst Richard Heydarian said the Philippines should use its Asean chairmanship to establish a “more sophisticated and robust regional approach” to make China realize there would be costs because of its increasing foothold in the disputed waters.

He expressed apprehension that a code of conduct between Asean and China may only “get watered down” with no indication that the regional bloc is heading to a legally binding COC.

Heydarian said Asean was in a “three-way banana split” with doves calling for noninterference in the maritime dispute, fence-sitters seeking dialogue and conciliation and hawks urging a united stand against China. There is also a similar split in the Duterte administration, he said.

As many as 1,900 delegates are expected in this week’s summit and related events, which will be hosted by the Philippines as the Asean chair, according to Bureau of Immigration spokesperson Antonette Mangrobang.

She said immigration officers would provide full “courtesy of the port” services to delegates, but would carefully screen everyone, including foreign journalists covering the summit, for any “derogatory” record to prevent the entry of terrorists or troublemakers.

A derogatory record marks a traveler as someone sought by the International Police or a person on the bureau’s blacklist, or one who is in a hold departure order or on the immigration lookout bulletin. —WITH A REPORT FROM JULIE AURELIO