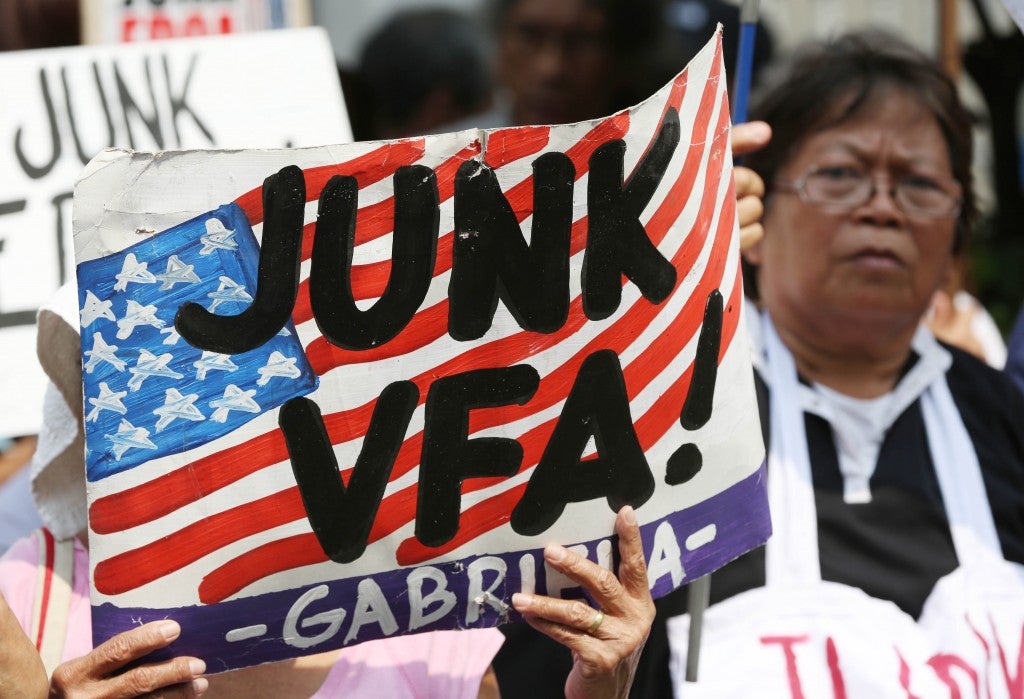 The Court of Appeals’ (CA) affirmation of its guilty verdict on US Lance Corporal Daniel Smith for the death of transgender Jeffrey “Jennifer” Laude should prompt the administration of President Rodrigo Duterte to scrap once and for all the country’s Enhanced Defense Cooperation Agreement (Edca) and Visiting Forces Agreement (VFA) with the US military.

This was the message of militant women’s group Gabriela on Monday after the CA denied Pemberton’s motion for review to reverse the guilty verdict meted out on him by the Olongapo City Regional Trial Court Branch 74.

“Jennifer Laude and her family continue to suffer injustice as long as EDCA and VFA remain in force and threaten to inflict violence against women, LGBT, children not only from drunken soldiers in search of entertainment but also from the bombing campaigns now being waged by US President Trump on many peoples all over the world,” said Gabriela secretary general Joms Salvador in a statement.

Salvador said the CA ruling should prompt Duterte to “reconsider his offer made during the Araw ng Kagitingan memorial rites for joint anti-terrorist efforts with the United States, and earlier overtures to China and Russia to bring in troops and war materiel for military exercises in the Philippines.”

Pemberton was meted out a penalty of up to 10 years imprisonment after he was convicted of homicide. He was also ordered to pay P4.3-million for loss of earning capacity, P30,000 for exemplary damages, P50,000 each for civil indemnity and moral damages.

In his petition to the CA, Pemberton claimed that the lower court erred in convicting him and raised the issue of self-defense after he was supposedly molested by Laude.

The U.S. is the only country with which the Philippines has an existing mutual defense treaty. JE/rga