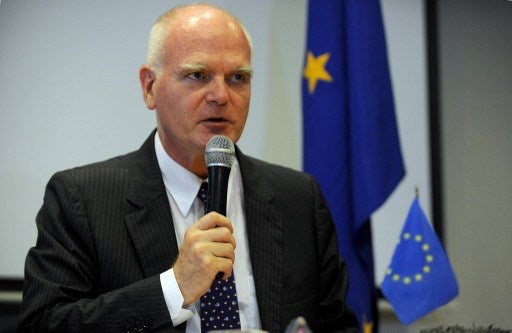 The European Union (EU) has responded to the controversial statement of Social Welfare Assistant Secretary Lorraine Badoy that members of the regional bloc should just engage in child pornography instead of criticizing President Rodrigo Duterte and his policies.

“The issue of child pornography is extremely serious and a grave crime. It should be addressed in a serious and responsible manner,” said EU ambassador to the Philippines Franz Jessen on GMA-7 newscast “24 Oras” on Tuesday.

The EU has been critical of Duterte’s drug war amid allegations of human rights violations and extrajudicial killings, with its parliament calling for the release of detained Sen. Leila de Lima, the President’s staunchest critic.

Amid what Duterte’s allies were calling “destabilization” plot against the President, Badoy also told Vice President Leni Robredo, leader of the political opposition, and Sen. Antonion Trillanes IV, another critic of Duterte, to just bake cupcakes and do crochet. IDL