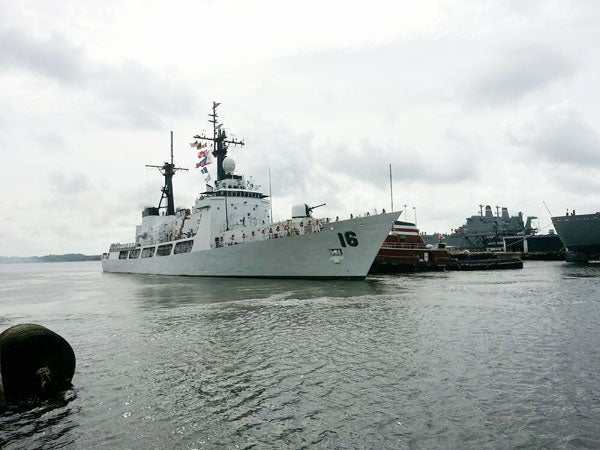 The Philippine Navy will regularly patrol Benham Rise in the western Pacific after Chinese research vessels were sighted in the area, Defense Secretary Delfin Lorenzana said on Friday.

Lorenzana spoke after the Philippine Navy sent one of its warships, the frigate BRP Ramon Alcaraz, to begin patrolling the undersea region and biodiversity hot spot off eastern Luzon.

“The Navy will henceforth regularly patrol Benham Rise partly due to past Chinese activities there but, more importantly, because it is part of our continental shelf and awarded to us by the [United Nations],” Lorenzana said.

In 2012, the United Nations said Benham Rise was part of the Philippines’ continental shelf under the UN Convention on the Law of the Sea.

The undersea region is located 250 kilometers east of Isabela and Aurora provinces.

“Our next activity is to have the area surveyed to clearly determine its limits, depths, coral formations,” Lorenzana said.

The 12-million-hectare undersea region is rich in biodiversity and minerals.

A military spokesperson earlier said that the Navy might deploy the BRP Gregorio Velasquez, which is capable of oceanographic and hydrographic surveys, to Benham Rise.

Lorenzana earlier this month said a Chinese research vessel was sighted for about three months in Benham Rise, raising fears that China was going to claim it.

President Duterte, however, played down the Chinese presence in the region, saying he was informed beforehand that China was sending research ships there.

China later said that it respected the Philippines’ maritime rights over Benham Rise and that its ships were just passing through the region.