UN rights expert: Stop EJKs instead of toning down reports

Stop extrajudicial killings instead of requesting media to “tone down” reports on them.

That’s the reaction of Dr. Agnes Callamard, United Nations rights rapporteur, to the remark made by Tourism Secretary Wanda Teo.

On Wednesday, Teo said in a news conference in Bangkok, Thailand, that reports about the killings related to President Rodrigo Duterte’s war on drugs was not good for tourism.

She said that the video on the drug killings that had been sent by Vice President Leni Robredo to the United Nations had painted the Philippines in a bad light.

“These statements make it hard for us to sell the Philippines, so I hope, we could if possible – this does not only refer to VP Leni but also to the media – let us tone down those references to extrajudicial killings.”

The tourism chief said tourists and some operators abroad had been asking her about the issue, adding that she assured them that the country is a safe place for visitors. 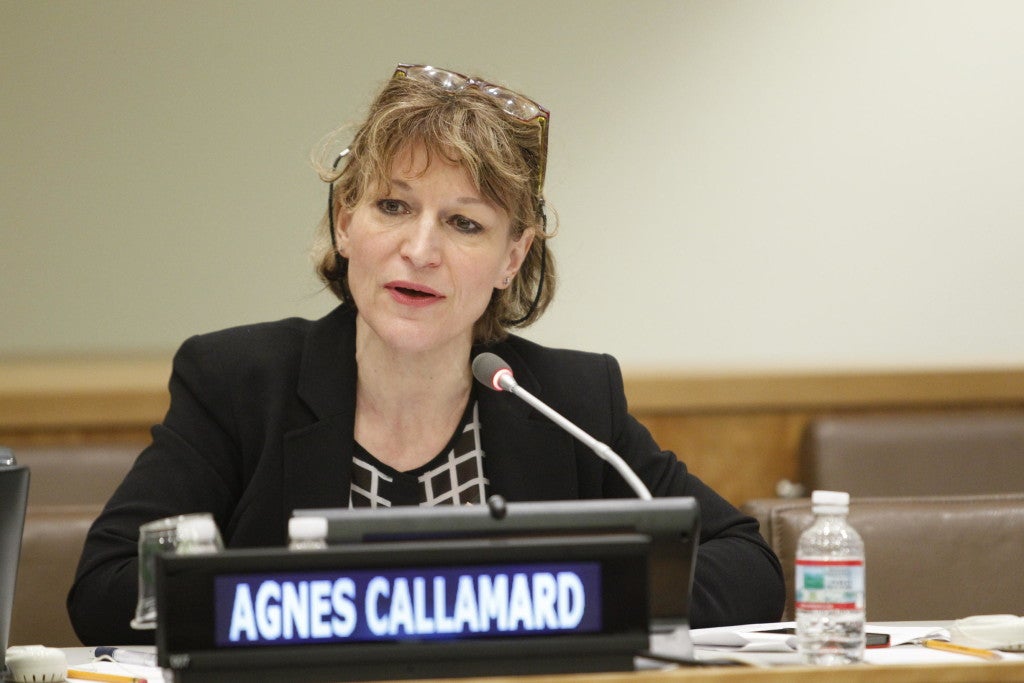 “I hope the statements could be toned down because I am having a hard time selling [the Philippines],” she said.

Shortly after, Callamard posted this message on her Twitter account: “#Philippines Tourism Chief asks Media to tone down #EJK report! She should ask Gov & Police to #StopEJK.” /atm