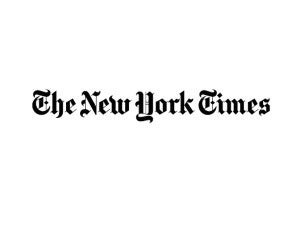 An ally of President Duterte on Thursday demanded an apology from the US publication for its profile of the Philippine leader, which he described as an attempt to “destabilize and topple down the government.”

Davao City Rep. Karlo Alexei Nograles, chair of the powerful appropriations committee in the House of Representatives, said the Times article titled “The Making of a Strongman” and written by contributor Richard Paddock was a desperate attempt to take down the President.

“New York Times owes our country, our people and our President an explanation and an apology,” he said in  statement Thursday.

“The spin doctors are on overtime to put in disrepute the President of our republic in a desperate attempt to take over. They are going international because they know that our people know better and nobody would believe them,” Nograles said.

“They are so desperate that they are not even subtle in making their intentions known,” he added.

“Imagine a story printed on an American broadsheet reprinted verbatim by Philippine newspapers on the same day,” Nograles said. The Inquirer published the New York Times story as its banner story on Thursday (Mar. 23, 2017).

Nograles described the story, which traced Duterte’s life and career from his childhood to his ascent to the presidency, was “nothing more than a rebooted, rehashed, exaggerated remake of a movie script.”

“This is obviously a calibrated and calculated move by enemies of the State to force themselves into power in an undemocratic manner. Only rich and powerful enemies have the means to operate in this manner,” he said.

Nograles said the details in the story were all “obviously fed” by detractors of Duterte “and not on real and objective research which is expected from hard-nosed journalists.”

Davao City Rep. Karlo Alexei Nograles (Photo from the official website of the House of Representatives as www.congress.gov.ph )

“The writer made it appear that he interviewed a few people for the article but it is clear that he picked only parts of those interviews that were unfavorable to President Duterte and his people. It destroyed the time-honored balance required in journalism and recklessly tried to damage the interests of the Philippines,” Nograles said.

Sen. Antonio Trillanes IV, a fierce critic of Duterte, was among the people interviewed by the writer, who also quoted extensively from interviews with the President’s siblings.

Nograles said the New York Times article reinforced suspicions that certain groups have been working hard to “raise funds in the United States purposely to finance anti-Duterte activities in the country.”

“Curiously, the malicious article came at a time when there was this report from New York City by Filipina journalist Ethel Cantor Constantino, a former Davao broadcaster, that intense fund-raising activities are being undertaken in that particular American area,” he said.

“The report from New York made public online did mention of Philippine opposition figures raising money to bring down the Duterte administration,” Nograles said.  SFM/rga

Your subscription could not be saved. Please try again.
Your subscription has been successful.
Read Next
Korea to issue e-visas for Southeast Asians to tackle THAAD fallout
EDITORS' PICK
CBCP releases litany of thanks for better health
US gets access to more PH bases
12-year data track poor training of PH teachers
Smart launches first joint Telco TVC for Donbelle
Omega Speedmaster super racing: Tiny device massive change
House energy committee chair Arroyo bats for cheap electricity
MOST READ
Pentagon tracking Chinese spy balloon over US
NorthPort, Bolick reach temporary solution to impasse
US gets access to more PH bases
Sandara Park ‘got in trouble’ for not pressing elevator button for a company head
Don't miss out on the latest news and information.