PH has lost millions in US grants, EU deals due to rights issues 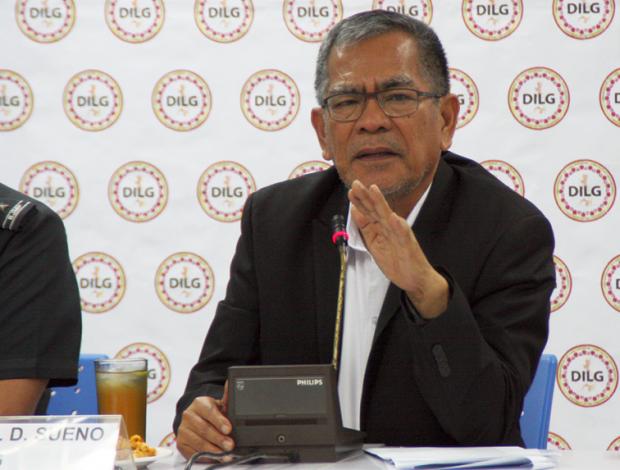 BACOLOD — The Philippines has lost a $434 million in grants from the United States and 27 trade agreements with the European Union because of what he called wrongful accusations of human right violations against the Duterte administration.

Interior Secretary Ismael Sueno shared this information in an interview on the sidelines of of the opening here of the 15th meeting of the Senior Officials Responsible for Information (SOMR) of the Association of Southeast Asian Nations (Asean).

The opening was held at the SMX Convention Center.

Sueno said there appeared to be a concerted effort to raise human rights issues and put pressure on the President in order to free Sen. Leila de Lima from jail

“The United States has not renewed its Millennium Challenge Corporation grant to the Philippines expiring in May this year because of alleged human rights violations being propagated by many sectors and just recently by Vice President Leni Robredo,” Sueno said.

The nonrenewal of the grant was announced by the US Embassy in December last year.

The MCC rant aims to promote economic growth and reduce poverty around the world.

Sueno said the 27 trade agreements between the European Union and the Philippines were connected with the condition to uphold of human rights.

“Our government is now accused of violating human rights,” he said. “So we stand to lose in this 27 trade agreements.”

The EU is also threatening to impose tariffs on Philippine products as a sanction for rights violations, he added

“If the EU imposes taxes on Phililipune products in Europe, the farmers will suffer,” he said.

Sueno said he had received intelligence reports that the people accusing Duterte of human rights violations were doing it in an effort to force him to free de Lima.

He refused, however, to name the persons he was referring too.

“You know who they are,” he told the media when pressed for names.

The impeachment move against the President and Robredo”s video message to the United Nations on killings related to the war on drugs appear to be related, he said.

But according to Sueno, Duterte said the Philippines could survive without the grants and agreements, because he was determined to stamp out the drug problem.

Sueno also stressed that, in all Cabinet meetings, the president had never given a command to kill those you suspects in drug cases. /atm