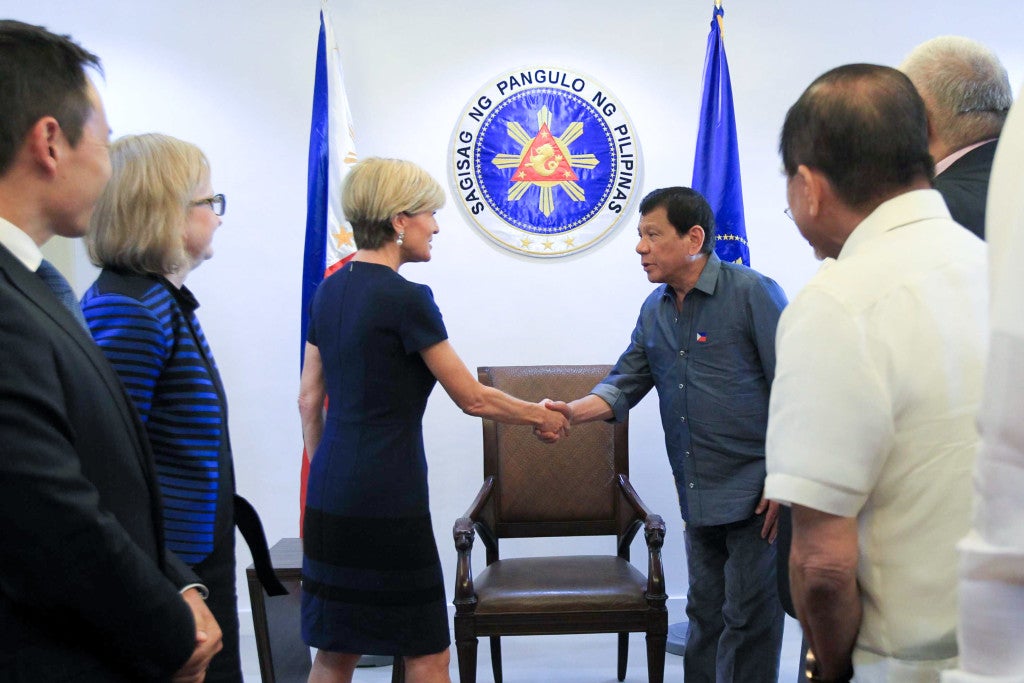 “There was no contradiction between the Australian official and the Philippine President, just a difference in perspective,” Presidential Spokesperson Ernesto Abello said in a statement.

“Since they had a productive dialogue which emphasized possible areas of constructive cooperation on the war against illegal drugs, PRRD (President Rodrigo Roa Duterte) did not deem it sufficient to mention as having been discussed,” he said.

“On the whole, the meeting was positive and just affirmed the growing Philippine-Australia relations,” he added.

Media earlier quoted Duterte saying that he never discussed human rights with Bishop during their meeting in Davao City on Friday.

She claimed, in a statement to Fairfax media, that they “discussed the country’s anti-drug campaign at length.”

“I conveyed Australian and international concerns with respect to extra-judicial killings and spoke of the importance we attach to human rights and the rule-of-law,” she was quoted saying.

Duterte’s war against drugs has received mixed reactions from the international community. The United Nations has been vocal about the need to investigate the extrajudicial killings linked to the anti-illegal drug campaign. More than 7,000 people are believed to have been killed, by either police or vigilante groups, in relation to the drug war. JE