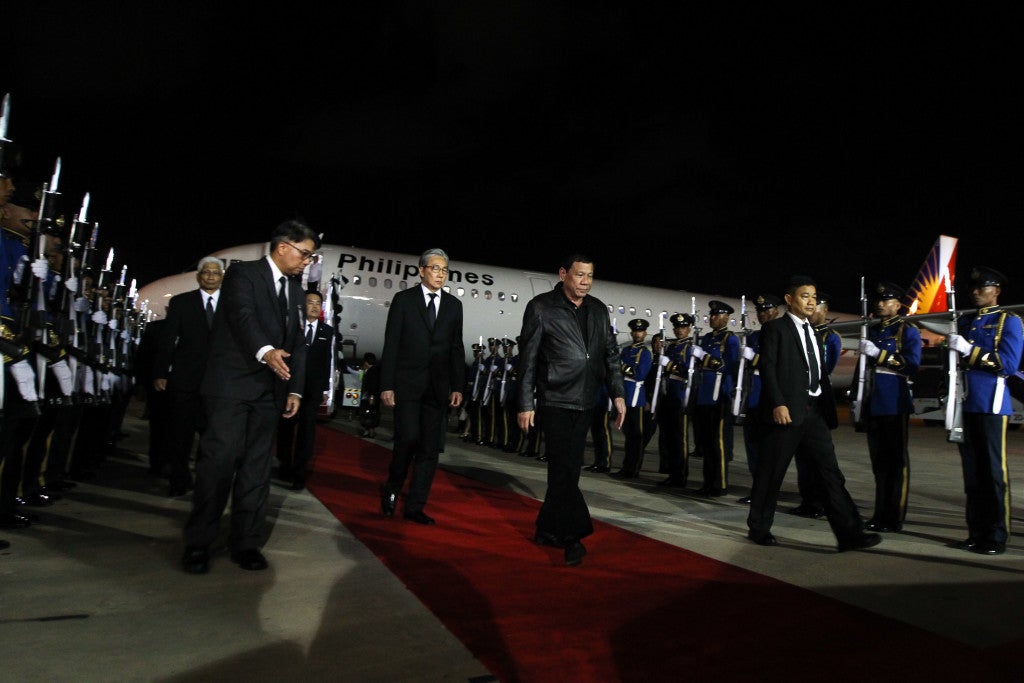 BANGKOK- President Duterte flew in here before dawn Tuesday to complete his swing through the nine other members of the Association of Southeast Asian Nations (Asean).

Duterte, together with his Cabinet and some lawmakers, arrived at the Royal Thai Airforce Military Air Terminal 2 at 11:47 p.m. Philippine time.

In his three-day official visit here, Duterte is expected to witness the signing of three bilateral agreements on science and technology, tourism and agriculture.

The President and Thai Prime Minister General Prayut Chan-o-cha will hold a bilateral meeting where they are expected to discuss issues of mutual concerns in politics, economy, agriculture, energy, education, and defense cooperation.

He will also meet the close to 2,000 members of the Filipino community where he will echo his administration’s policies.

The Chief Executive earlier visited here in November 2016 to condole with the Thai people and paid his respects to the late King Bhumibol.