SAN DIEGO, California — The Manila Hotel’s MacArthur Suite served as the setting of a wild sex party for US Navy officials and prostitutes provided by a Malaysian defense contractor known as “Fat Leonard” in exchange for classified information.

The party, which included sex acts using historic MacArthur memorabilia, took place during a 2007 port call to the Philippines by the USS Blue Ridge, according to allegations outlined in an indictment unsealed in San Diego on Tuesday.

A night at the MacArthur Suite, which has a balcony with a “stunning view of the Manila Bay,” costs P400,000 [about $8,000], The Manila Hotel reservation office said on Wednesday.

Gen. Douglas MacArthur made The Manila Hotel his home from 1935 to 1941 when he was the military adviser to the Commonwealth government of the Philippines, then a US colony.

Malaysian businessman Leonard Francis had picked up the tab on widespread debauchery, including a May 2008 “raging multiday party,” with a rotating carousel of prostitutes, during which the conspirators drank all of the Dom Perignon available at the Shangri-La hotel in Manila at a cost of more than $50,000, according to prosecutors. 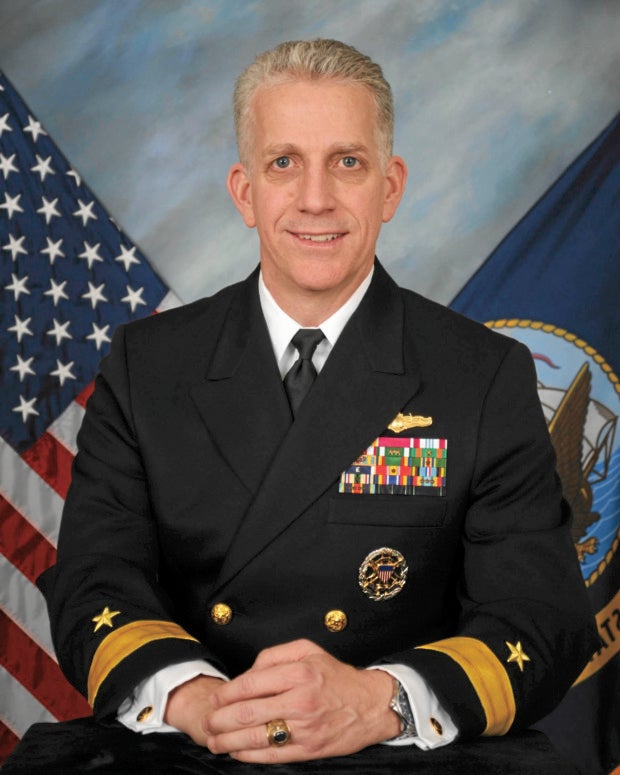 The latest indictment raises the number of current and former officials charged to 20 in one of the Navy’s worst corruption scandals.

Bruce Loveless, who recently retired, became the second admiral charged in the investigation.

The indictment gives more details in the three-year-old bribery scandal in the US Navy that had appeared to be fading before reemerging even bigger and more sordid than before.

Nine current and former military officers were charged in the latest indictment, including a recently retired rear admiral who collected foreign intelligence for the Navy’s Seventh Fleet.

It gives an extensive list of bribes to the officers from 2006 to 2012 from Francis in exchange for classified shipping schedules and other information to help his company, Glenn Defense Marine Asia.

Officers linked to the bribery scandal called themselves the Lion King’s Harem, the Wolfpack, the Cool Kids and the Brotherhood.

They scouted for others who might also accept sex, trips and other lavish perks from the Malaysia contractor.

Prosecutors said Francis, nicknamed Fat Leonard for his wide girth, bilked the Navy out of nearly $35 million, largely by overcharging for his company’s services supplying Navy ships in the Pacific

with food, water, fuel and other necessities.

Navy officers provided classified information to Francis that helped him beat competitors and, in some instances, commanders steered ships to ports in the Pacific where his company could charge fake tariffs and fees, prosecutors said.

“This behavior is inconsistent with our standards and

the expectations the nation has for us as military professionals,” he said.

“It damages the trust that the nation places in us and is an embarrassment to the Navy,”  he added.

Loveless, 53, made no substantive comments during a brief hearing, hours after his arrest at his Coronado home near San Diego.

Magistrate Judge Mitchell Dembin entered a not guilty plea on his behalf and ordered him released without bail. He did not yet have an attorney.

Loveless was an assistant chief of staff, responsible for assessing foreign intelligence in the Seventh Fleet’s area of responsibility, which includes Southeast Asia and Australia.

“Far from doing that, over the course of many years, this defendant participated in wild sex parties,” Patrick Hovakimian, an assistant US attorney, told the judge. “He has shown callous disregard for his duties.”

The judge also entered a not guilty plea on behalf of Enrico DeGuzman, a former Marine colonel, and allowed him to

remain free. His attorney did not respond to a request for comment.

Five other defendants were arrested on Tuesday in Texas, Pennsylvania, Florida, Colorado and Virginia.

None had attorneys listed in court documents.

The indictment describes how defendants collaborated to expand their group.

A 2007 e-mail from Robert Gorsuch, a chief warrant officer, to Francis said they were developing “personality profiles” of potential recruits.

A 2008 e-mail to Francis from Lt. Cmdr. Stephen Shedd said that he and another defendant assessed whether an officer was corruptible and concluded, “We still need to be cautious with his participation in events.”

Five executives of Francis’ company also have been charged. Francis has pleaded guilty to fraud and is awaiting sentencing.

“This is a fleecing and betrayal of the United States Navy in epic proportions and it was allegedly carried out by the Navy’s highest-ranking officers,” said Alana W. Robinson, the acting US attorney in San Diego.

To date, 13 defendants have pleaded guilty, including another admiral who was sentenced in June and is believed to be the first active-duty Naval flag officer charged in federal court. Other cases are pending. —REPORTS FROM AP AND AFP