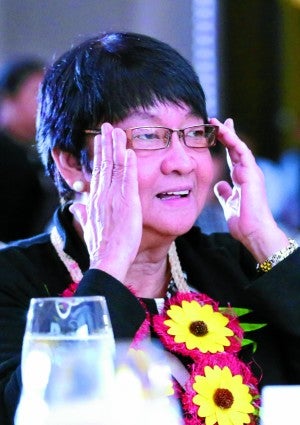 ILOILO CITY — Ministers of the Association of Southeast Asian Nations (Asean) are pushing for the adoption of policies and measures to protect migrant workers, and the professionalization of the civil service among member countries.

The 17th Asean Socio-Cultural Community (ASSC) Council meeting held at the Iloilo Convention Center here on Wednesday is expected to finalize key policies and declarations on these these two concerns, which will
be endorsed for approval to the Asean Leaders Meeting in April.

Social Welfare Secretary Judy Taguiwalo, chair of the council meeting, said in a press briefing that the Asean Declaration on the role of the civil service would recognize and give focus on the importance of professionalization of the civil service “so that they serve as key implementers of our policies and programs.”

The declaration will encourage “cross-fertilization, collaboration as well as exchanges among our civil service personnel.”

Another main document that the ASSC seeks approval for is the Asean instrument on the protection and promotion of the rights of migrant workers.

Taguiwalo said the instrument would serve as implementing rules and regulations of the Asean Declaration for the Protection and Promotion of the Rights of Migrant Workers that was passed in the 12th Asean Summit held in Cebu in 2007.

“The (instrument) will spell out how can this be done in the Asean,” she said.

With Asean countries either sending or receiving migrant workers, “everyone agrees on the necessity that our workers whether in our countries or abroad should be provided with protection that they need,” Taguiwalo said.

The ASSC will also endorse for approval a declaration on “gender-responsive implementation” of the Asean Community Vision 2025 and Sustainable Development Goals as well as on on ending all forms of malnutrition.

The other declarations are on anti-microbial resistance and on youth development.

“The meeting also reflects the priorities of the present Philippine administration, under President Rodrigo Roa Duterte, and these are investing in human capital development, including health and education systems; and matching skills and training to meet the demand of businesses and the private sector; and too, which is closest to our heart as the department of social welfare and development, improving the social protection programs for our poor, vulnerable, and marginalized,” Taguiwalo said in her opening statement at the council meeting.

In marking International Women’s Day on Wednesday, Taguiwalo enjoined the delegations to “commemorate and celebrate women’s practice and achievements made thus far through history and across nations.”

“We fully support the continued efforts of ASEAN in working towards gender equality the elimination of violence, abuse, and discrimination against women. We salute our women and the men who support gender equality,” Taguiwalo said.

Read Next
‘Now I can have time for a haircut,’ says Yasay on CA rejection
EDITORS' PICK
Pimentel wants Angkas CEO declared ‘persona non grata’
DOH: No encounter with family of Chinese man with novel virus in PH
Zubiri pushes for creation of Department of Disaster Resilience
Timeless Elegance in the Philippines’ Most Distinguished Home Kitchens
Beyond water service: Maynilad builds massive infrastructure projects to clean up Metro Manila waterways
Best Gift Ideas in the Philippines
MOST READ
James, Nadine bare reason for breakup
Police probing case of rape of Russian tourist in Panglao
12 persons being watched by DOH in Central Visayas for coronavirus
Bohol execs hold emergency meeting after suspected coronavirus cases reported
Don't miss out on the latest news and information.