‘Now I can have time for a haircut,’ says Yasay on CA rejection 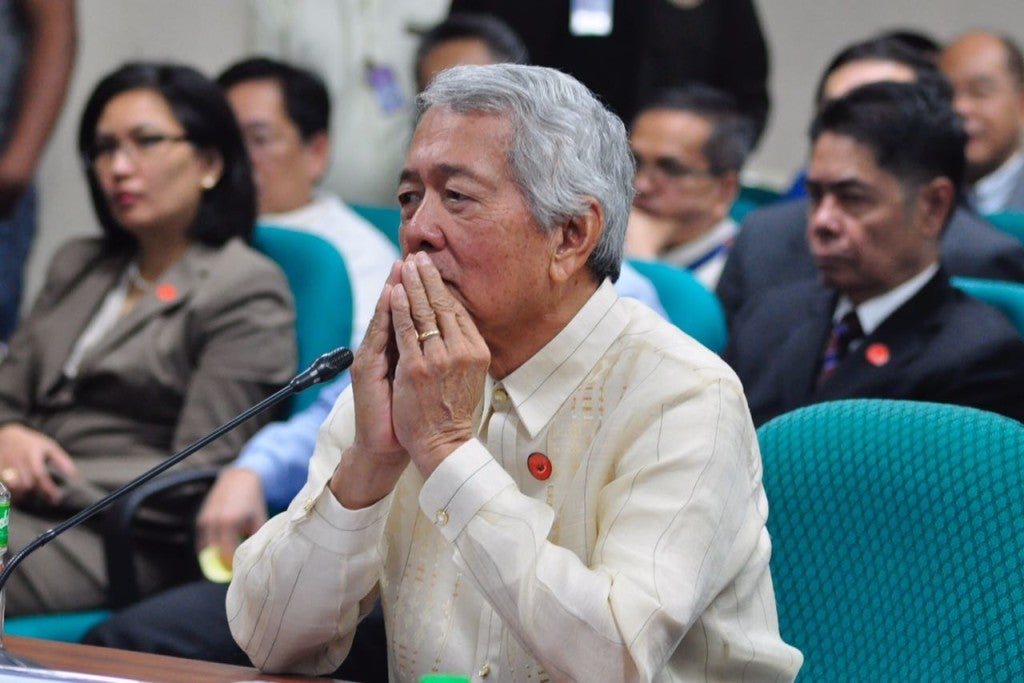 Foreign affairs secretary Perfecto Yasay faces the grilling of the Commission on appointment at the Senate. Inquirer/Grig C. Montegrande

Foreign affairs secretary Perfecto Yasay Jr, seemingly resigned to the decision of the Commission on Appointments (CA) on his appointment, assured there is still life after the decision that stripped him of his post.

He told reporters on Wednesday after the confirmation hearing at the Senate that there is still life after the CA rejection and that there is a bright side to it where he can get some rest from what he described as a “difficult” and “hectic” work.

“Now I can have time for a haircut,” he said, adding that he is sure God has better plans for him.

The rejection of his ad interim appointment came after a grueling confirmation hearing where he was directed to explain his ambiguous statements on the status of his citizenship.

In the end, the members of the CA unanimously rejected his appointment over questions on his citizenship. -30