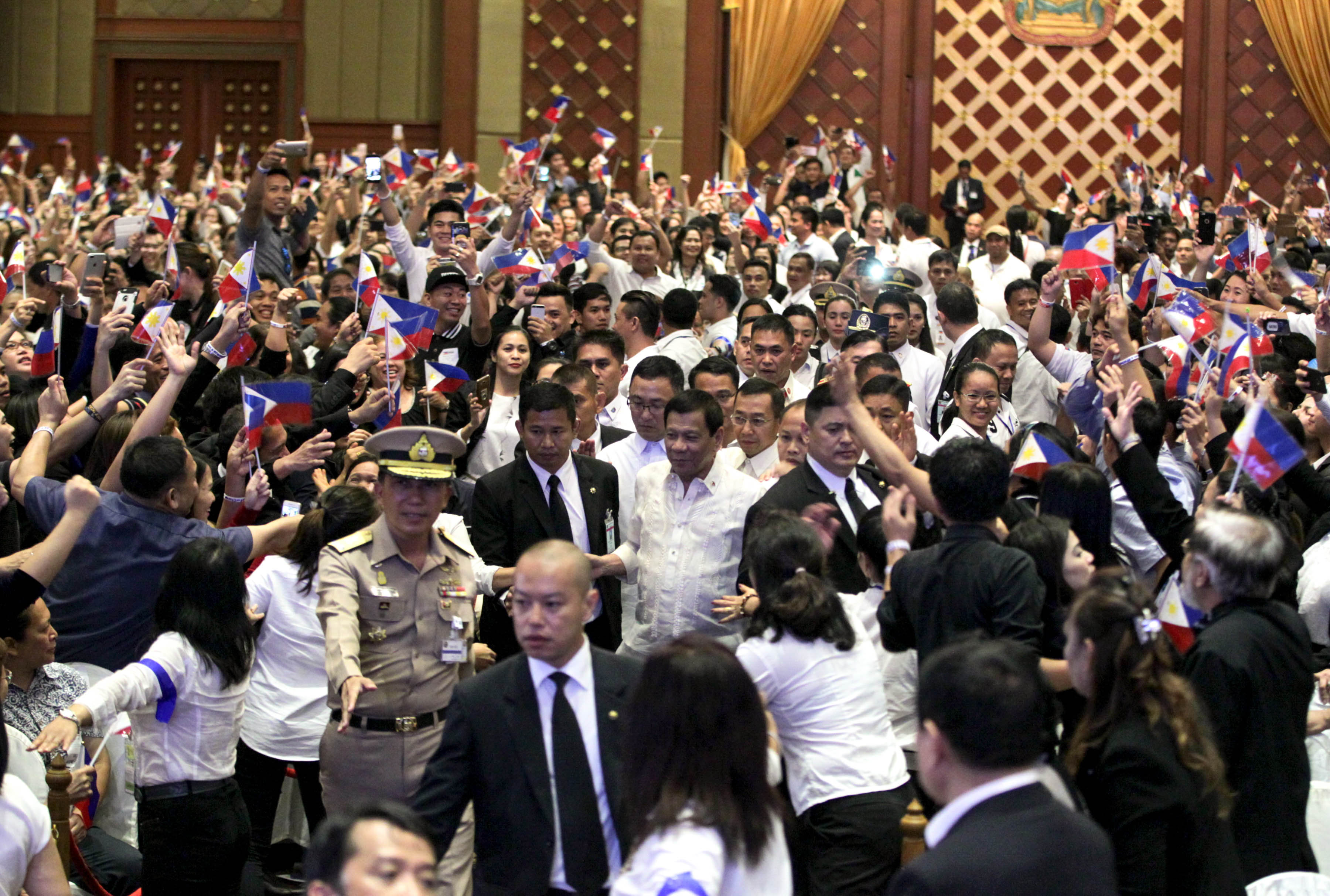 Pesident Rodrigo Roa Duterte at the Reception hall of Malacañan Palace before the presentation of credentials of Ambassadors from Bangladesh, Vietnam and Egypt. INQUIRER PHOTO/JOAN BONDOC

Mr. Duterte submitted to the Senate the instrument of accession, dated Feb. 28, for ratification.

“After examining the text thereof, I find it advisable to accede to the Paris Agreement and seek the Senate’s concurrence thereto,” he said.

The Paris Agreement aims to strengthen the global response to the threat of climate change by keeping the global average temperature rise this century to well below 2 degrees Celsius above preindustrial levels.

The pact also seeks to pursue efforts to limit the temperature increase to 1.5 C above preindustrial levels.

The Philippines earlier pledged a 70-percent cut in emissions by 2030.

On Wednesday afternoon, Sen. Loren Legarda received a copy of the accession document.

“You know, this is not political in nature. And even our colleagues, dear friends in the LP (Liberal Party) have urged the President to ratify it, said Legarda, chair of the Senate climate change committee.

“I think everybody will support it,” she told reporters.

Upon ratification, the Philippines, among the nations most vulnerable to the destructive impact of climate change, will have access to the Green Climate Fund.

Under the fund, developed nations, for long the world’s biggest carbon emitters, are obliged to pool together $100 million annually to support vulnerable and low-emitting nations in facing the impact of climate change.

Mr. Duterte initially said he did not want to sign the agreement, fearing that it would limit the country’s industrialization, but he eventually promised to do so after the Cabinet voted in its favor.

Secretary Fortunato dela Peña of the Department of Science and Technology (DOST) said his department would intensify research on renewable energy and energy conservation to help the Philippines meet its climate change commitments.

“I believe that our President’s resolve for climate action will keep us in the right direction of attaining social justice,” he said.

“As one of the most vulnerable countries to climate change, ratification ensures the Philippines retains its moral high ground in demanding for more party commitments in the negotiations,” said Rodne Galicha of the Climate Reality Project Philippines.

“We did not doubt President Duterte’s intention to act on climate change. By signing the Paris Agreement, his administration is asserting its leadership role in the climate negotiations,” said Renato Redentor Constantino, executive director of the Institute for Climate and Sustainable Cities. —WITH REPORTS FROM TARRA QUISMUNDO AND JAYMEE T. GAMIL