President Rodrigo Duterte has asked the Senate to concur in the ratification of the landmark Paris Agreement on climate change, which he signed early Tuesday.

In his letter to the Senate dated February 28 and released by Malacañang on Wednesday, Duterte said he found it “advisable to accede to the Paris Agreement and seek the Senate’s concurrence thereto” after examining the text.

“I have the honor to submit, for the Senate’s consideration, the Paris Agreement, which was signed on 22 April 2016 in New York. The Agreement aims to hold the increase in the global average temperature to well below 2C above pre-industrial levels and pursue efforts to limit the temperature increase to 1.5C above pre-industrial levels,” Duterte said.

“The Agreement provides that developed countries continue their obligations under the United Nations Framework Convention on Climate Change (UNFCCC) to provide financial assistance to developing countries with respect to both climate change mitigation and adaptation,” the President added.

The signed instrument of accession reads: “Now, therefore, be it known that I, Rodrigo Roa Duterte, President of the Republic of the Philippines, after having seen and considered the Paris Agreement, do hereby accede and confirm the same and each and every article and clause thereof.”

Duterte earlier threatened not honor the Paris climate pact, questioning the Philippines’ ability to meet the 70-percent reduction in greenhouse gas emissions by 2030. He also said the cap would hinder the country’s economic growth.

Citing Sen. Loren Legarda, commissioner Manny De Guzman of the Climate Change Commission said the signed document will be submitted to the Senate at 2 p.m. Wednesdayfor concurrence, the final step in the ratification process.

The historic climate pact would cap greenhouse gas emissions, pursue the global development of renewable energy, and aid climate vulnerable countries to mitigate the harmful effects of climate change. To date, 133 countries of the 197 parties to the UN Framework Convention on Climate Change have ratified the Paris accord. JE 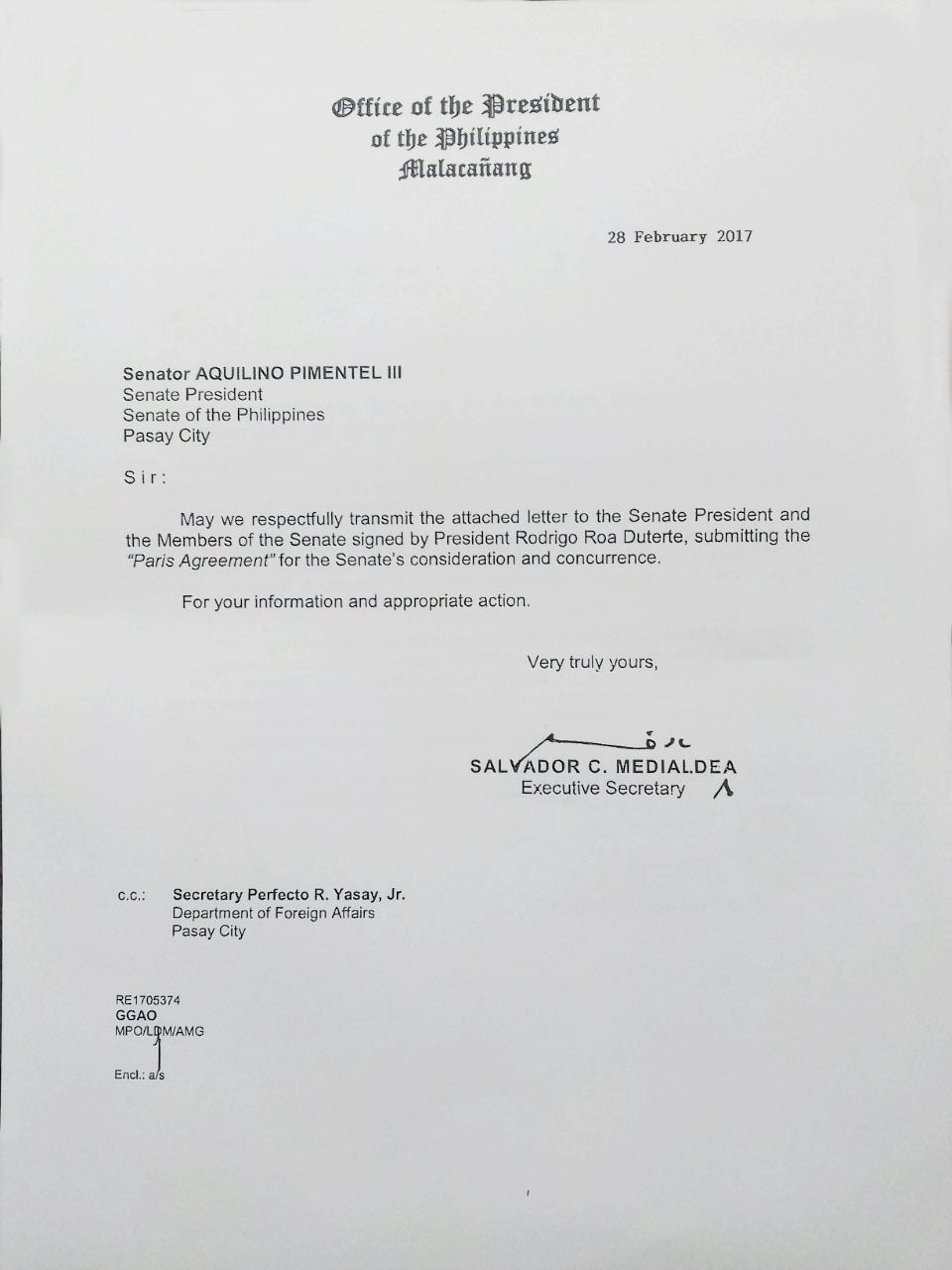