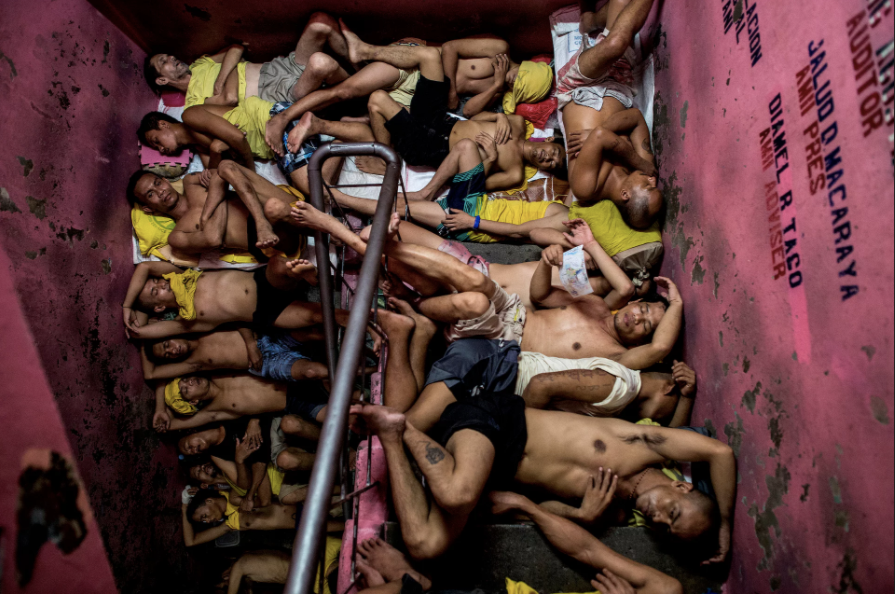 The winning photo: a scene inside Quezon City jail, one of the Philippines’ most overcrowded prisons. Noel Celis/Agence France-Presse

An arresting photograph, exposing the pitiful condition of prisoners inside a crowded jail cell in Quezon City, was among the winning images of the 60th World Press Photo Contest.

The original photo first appeared in AFP’s feature entitled “Dead bodies and hellish prisons on the Philippine police graveyard shift” which highlighted the violence and loss of lives from President Rodrigo Duterte’s war on drugs, locally known as “Oplan Tokhang”.

Aside from photographs of victims of extrajudicial killings (EJK) on the streets, Celis’ lenswork also captured inmates uncomfortably lying down inside what appears to be a cramped stair case.

Such cringeworthy scenes have been the norm in local jail cells, as more and more drug users and pushers have been arrested each day, while others simply surrendered in fear for their lives.

A photo of an EJK victim, meanwhile, won second place in the same category, showing a policeman inspecting a dead body reportedly killed by two unidentified gunmen in Manila.

The photo, shot during one rainy evening, was taken by Daniel Berehulak, a Canadian photographer for the Associated Press.

Berehulak’s photo, which appeared in the photo essay “They Are Slaughtering Us Like Animals” in The New York Times, has caused much discussion in December of last year, as human rights advocates and those opposing the EJKs cited it as yet another proof of how the government’s excessively violent ways are beginning to alarm the rest of the world. 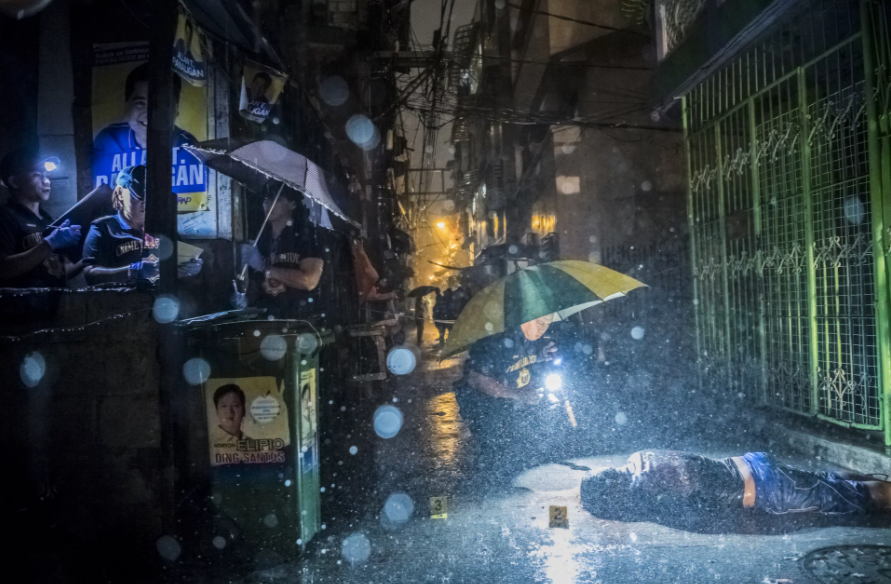 Police inspect an alley where a victim was killed by two unidentified gunmen in Manila, Philippines. Daniel Berehulak/AP

The World Press Foundation’s annual photo contest has been honoring the most powerful images caught on camera since 1955.

This year, the winning images were selected from a pool of 80,408 images made by 5,034 photographers from 125 different countries, as per The Washington Post.

The other winning images may be viewed below. JB 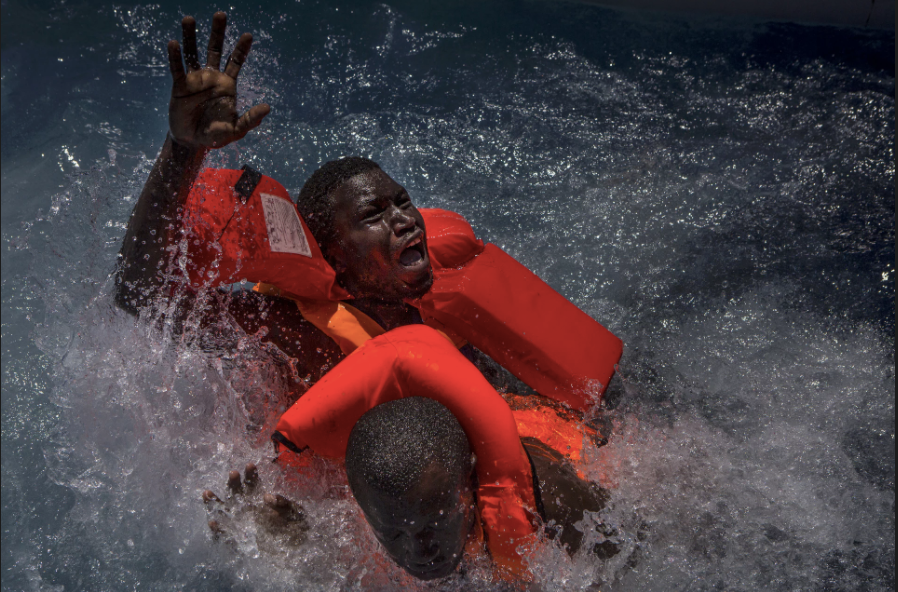 Two men struggling in the water during a rescue in the Mediterranean won third place in the spot news category. Mathieu Willcocks/AP 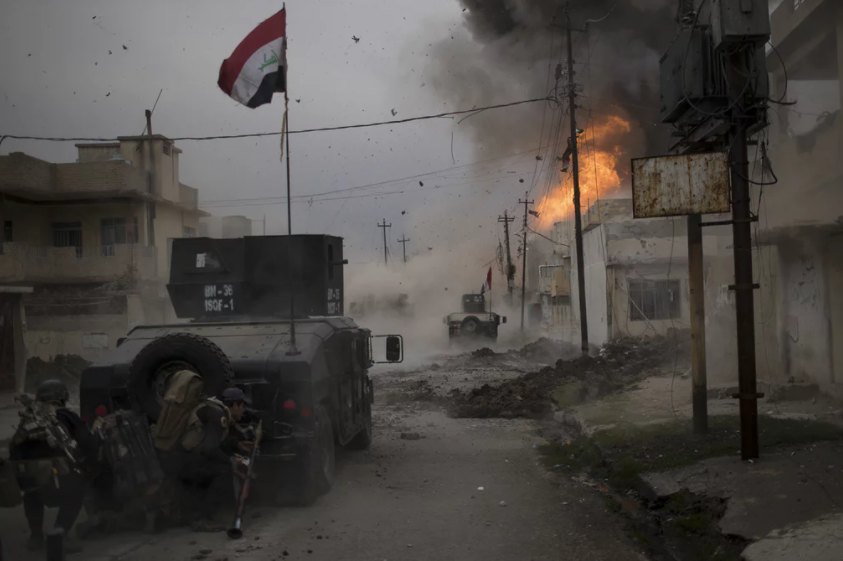 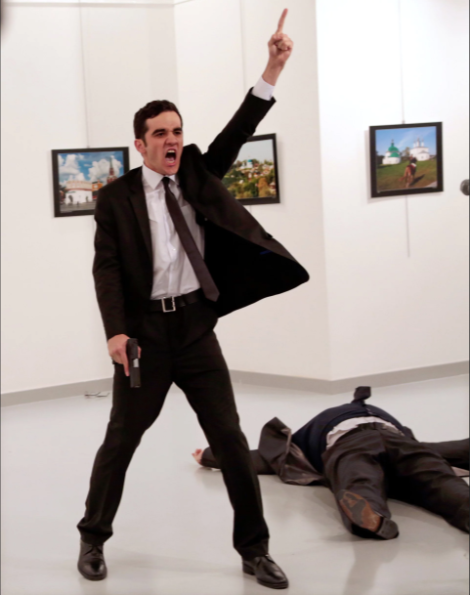 Read Next
Pacquiao: Sombero ready to tell all at the Senate
EDITORS' PICK
Taal Volcano flexes signs of restiveness anew
SM continues to send relief assistance to remote towns in Batangas
Get exciting deals and discounts when you download the new McDonald’s App
China expands lockdowns to 25M people to halt viral outbreak
DOH: Second person ‘under investigation’ for 2019-nCoV in Tacloban City
‘A greener, cleaner tomorrow’: A how-to guide for Filipinos who want to help with today’s energy crisis
MOST READ
172 Chinese tourists arrive in Bohol
Police say soldier initiated shooting vs cops in Marikina
Taal Volcano flexes signs of restiveness anew
Analysis: Too many players making mockery of All-Star voting
Don't miss out on the latest news and information.