Pacquiao: Sombero ready to tell all at the Senate | Global News

Pacquiao: Sombero ready to tell all at the Senate 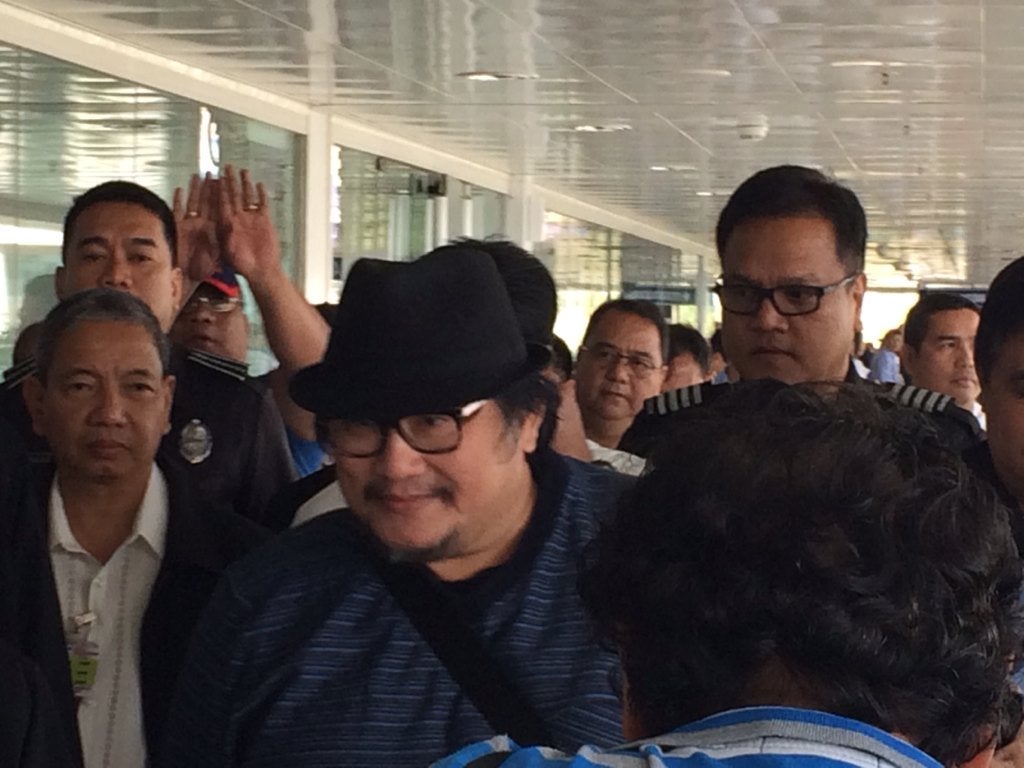 Retired police official Wally Sombero arrives at the Ninoy Aquino International Airport, on Feb. 14, 2017, to testify at the Senate Blue Ribbon Committee about the bribery scandal at the Bureau of Immigration. (PHOTO BY JEANETTE ANDRADE / INQUIRER)

MANILA, Philippines — The middleman of Chinese gambling magnate Jack Lam has vowed to bare new details of the bribery scandal involving officials of the Bureau of Immigration when he appears for the first time at the Senate on Thursday (Feb. 16).

Sen. Manny Pacquiao told reporters Tuesday that retired police official Wenceslao “Wally” Sombero, who returned to Manila from Canada earlier in the day on the threat of a Senate-ordered arrest, said erstwhile reluctant witness would make fresh revelations in his Feb. 16 appearance before the Senate blue ribbon committee.

“What he told me was that he has many things to say that people have not heard yet,” said Pacquiao, Sombero’s long-time friend who helped convince him to come home.

The amount was purportedly for the release of more than 1,300 Chinese nationals caught working illegally at Lam’s online gaming firm at the Clark Freeport Zone in Pampanga, one of the largest immigration arrests in the country’s history.

The exchange in the early hours of Nov. 27, 2016, at a Parañaque City hotel was captured in security cameras. The two immigration officers, who have since resigned, maintain that they accepted the money as part of a case buildup and were going to use the cash as evidence. Several senators believe they are lying.

“Let’s believe him if he will tell the truth,” said Pacquiao, who said he met Sombero nine years ago, at which time he was still into gambling. He said he was also introduced to Lam one time, when he was invited to open a golf tournament at the tycoon’s Clark golf course, but said it was just a casual meeting.

“[He knows details] that have not been said at the hearing, and he said he knows a lot. He said he is the key so that people will get a clear picture,” he said.

The senator, who said he was in contact with Sombero the whole time his return to Manila was being arranged, said the former policeman asserted that Argosino and Robles had accepted the money.