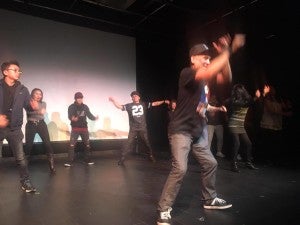 “Beyond the Block: The Untold Story of Filipino Street Dance,” was produced and directed by Ricky “3ki Riki” Carranza. Grandson to Philippine cinema actress and comedian Herminia “Minyang” Carranza, he helped shape street dance culture in a number of countries, including the Philippines, Italy and Finland.

Interspersed with YouTube clips, TV footage and interviews with leaders in the dance industry, his documentary takes viewers on an emotional and inspiring journey all the way to present day. 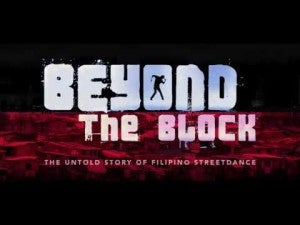 The screening was followed by a Q&A session with the audience and a lighthearted choreography session with Carranza himself.

Penned by Carranza, and shot on a shoestring budget, “Beyond the Block” weaves together the writer’s own dance biography with the simultaneous rise of Filipino street and breakdance culture, tracing the history and evolution of the art form from the ‘70s onwards.

The film maps how a young Carranza and his dance group, “The Funk System”, after winning the cult-classic Philippine TV dance competition, “Dance 10”, began a promising showbiz career. 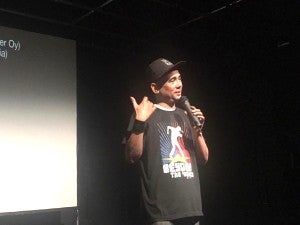 Ricky Carranza at Beyond the Block documentary screening in London Q&A. MELISSA ALCANTARA

Alongside choreographing for some of the biggest names in local show business, including Gary Valenciano, Aga Muhlach and Kuh Ledesma, the group became some of the first foreign street dancers in early ‘80s Japan.

However, in 1987, at the height of his professional career, and after the loss of his mother, Carranza suddenly quit dancing.

For nearly a decade, Carranza lived a hermit’s life, devoting his time to studies and mission work. He pushed away all thoughts of dance and his previous life.

Then in 1997, while studying at the Faculty of Medicine in Florence, Italy, Carranza was drawn back into dance when an old friend told him that his talent for dance was a “gift.”

Carranza slowly began performing again, teaching workshops all over Europe, competing in dance-offs and battles, and eventually, teaching in the US.

In 2007, Carranza set up his own dance school in Finland called Style Dance Industry, and has since trained many dancers who are now influential leaders in Finnish urban dance culture.

He now resides in Finland with his family.

After the screening, Carranza spoke of his desire to motivate the new generation of dancers.

“We’re taking this film around the world because we think the youth, especially the Philippine youth, should see this.”

“I would like to influence the next generation [of dancers] and hopefully they can learn from my mistakes, struggles in life. I hope this will enrich not only their dance life, but life in general.”

“There’s a sequel to this documentary coming out soon,” added the choreographer. “Part two is called ‘Beyond Chaos.’”

One audience member commented, “I think this is a fantastic film [and part] of Philippine history and entertainment.” 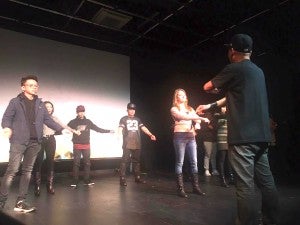 “It would be good for this film to be shown at universities and within the Philippines. They should be proud of their culture and history. I hope that others can be inspired by this film.”

Carranza closed his speech by stating his “ultimate goal” to set up a dance institute in an urban part of the Philippines.

“I want everyone to have access, not just rich people. This was part of my message in the film. [In the Philippines] it’s only those [people] with money that can travel.”

“Sometimes, even the most talented people can’t afford travel and can’t further their dreams,” continued the choreographer. “At this institute, whoever deserves it would get funding to go out and represent the country. This is my goal. And [making] this documentary was the first step.”

“The more I get into film, the more I would like to get into Hollywood. I know I can do it.”

He added: “It’s just a question of story and talent, which we have. We are capable of doing this and we can do it all together. We’ve started the film now, and it’s working title is ‘Dance Boy’. I’m giving everyone an opportunity to be a part of it. If you want to help, you are [welcome to].”

The screening was held in partnership with Style Dance Industry and Simply C. To contribute to the project and find out more, visit www.styledanceindustry.com or email [email protected]