Duterte not keen on naming envoy to US 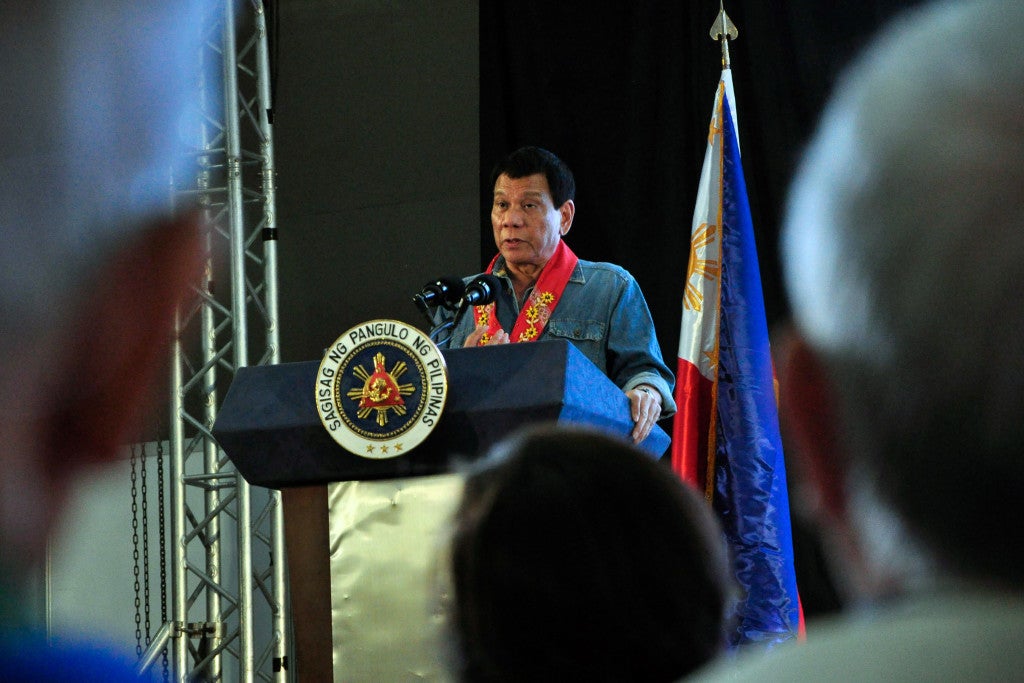 President Rodrigo Roa Duterte reiterates his campaign to weed out corrupt officers and operatives in the Philippine National Police (PNP) in his speech during the 38th National Convention of the Philippine Association of Water Districts at the SMX Convention Center in Davao City on February 2, 2017. JOEY FRANCIS DALUMPINES/Presidential Photo

President Rodrigo Duterte is not keen on naming a new Philippine ambassador to the United States amid evolving ties between the two countries.

He offered no explanation.

Paynor’s appointment did not push through, though, and so newspaper columnist Jose Manuel Romualdez was eyed for the position. But Romualdez also turned down the post because of eye problems.

Ties between the Philippines and the United States had been strained during the administration of President Barack Obama, who had expressed concern over Mr. Duterte’s drug war that had been accompanied by the deaths of thousands of drug suspects.

But there are expectations that the relationship between the two countries would improve, as Mr. Duterte earlier said he believed he would get along with US President Donald Trump, who expressed support for his antinarcotics campaign.