Philippines in spotlight at Geneva meet over drug war slays 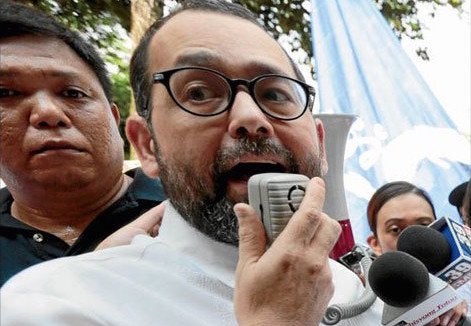 MANILA — Human rights activists around the world have put the Philippines in the forefront of their concern, especially the thousands of extrajudicial killings perpetrated within months of President Duterte’s war on drugs.

The issue of alleged extrajudicial killings in the Philippine war on drugs have been placed in their agenda in an international summit next month.

Commission on Human Rights (CHR) Chairman Jose Luis Gascon was invited to speak on behalf of Filipino rights advocates before the 9th Geneva Summit for Human Rights and Democracy to be held on February 21, 2017 in Switzerland.

Organized by a coalition of 25 nongovernment organizations from around the world,  this is the first time a human rights champion from the Philippines has been invited as speaker since the annual summit began in 2009.

CHR said the withdrawal of the invitation to investigate EJKs “leaves ordinary and countless Filipinos to ponder whether the rule of law is still adhered to in the country.”

“A total withdrawal of the invitation is an aggravation to the Filipino people and an affront to human rights. The rule of law cannot be dispensed with.  Investigations must continue undeterred and unhampered.  It is the true test of democracy,” CHR had decried.

Duterte has publicly repudiated the CHR and critics of his bloody anti-drugs campaign, which has claimed the lives of more than 6,000 alleged drug suspects and bystanders mostly from extrajudicial killings.

At least 2,250 drug suspects were reportedly killed in police operations since July 1, 2016 while another 3,603 alleged drug users and dealers were gunned down by unknown perpetrators.

Gascon is one of the 15 speakers to the 2017 edition of the Geneva Summit on Human Rights and Democracy.