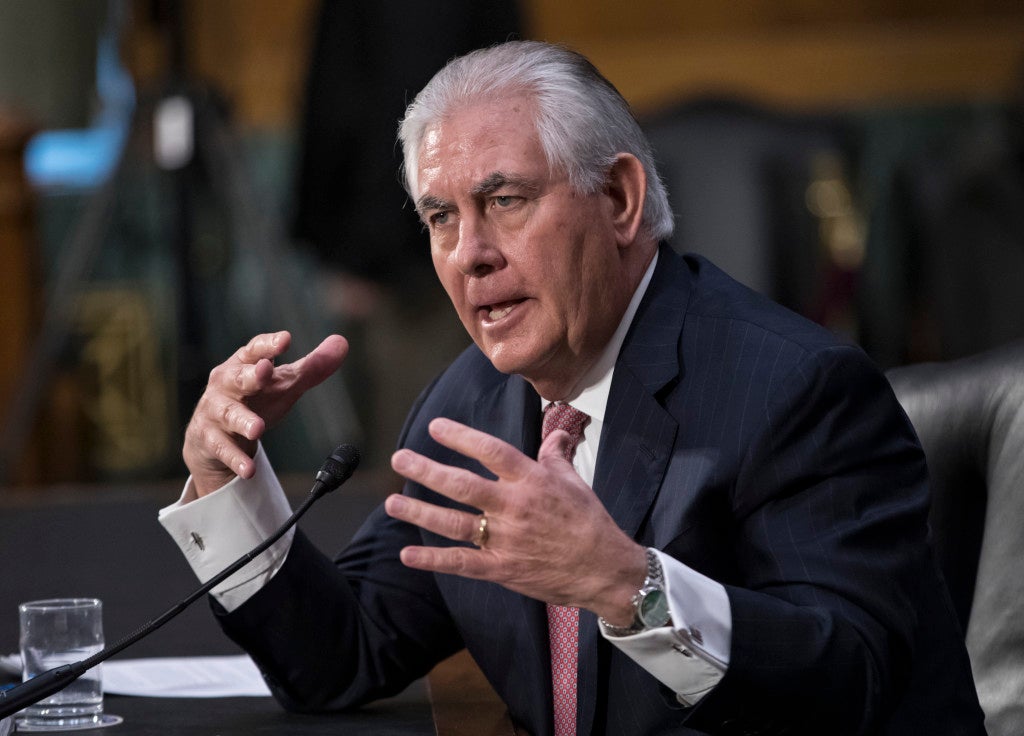 Malacañang on Thursday said the statement of US President-elect Donald Trump’s nominee for secretary of state, Rex Tillerson, that China should be denied access to the artificial islands it has built in the South China Sea, should be respected.

“The remarks of Mr. Rex Tillerson during his confirmation hearing before the US Senate foreign relations committee reflect his personal beliefs and should be respected,” Presidential Communications Secretary Martin Andanar said.

“The reasonable response is to wait and see what the new administration’s policy pronouncements would be,” he said.