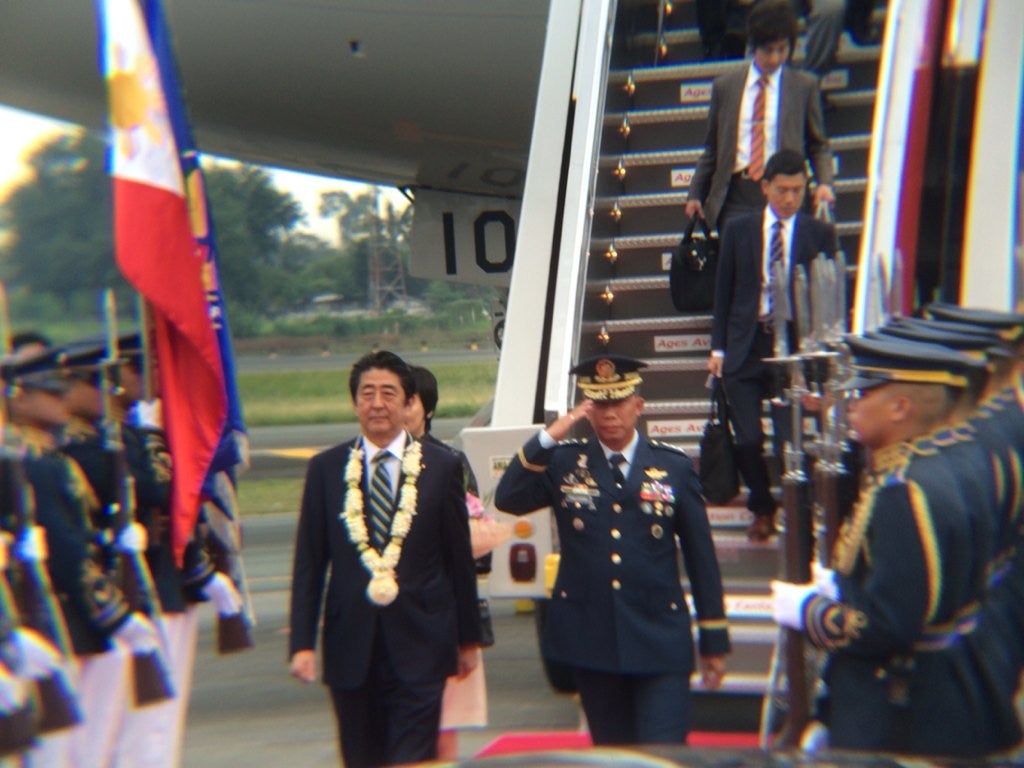 Japanese Prime Minister Shinzo Abe arrived Thursday afternoon in Manila for a two-day official visit in the country where he is expected to discuss counterterrorism, drug rehabilitation projects and maritime cooperation, among others, with President Rodrigo Duterte.

Abe is the first head of state to visit the Philippines after Duterte won the May 2016 national elections.

After his arrival, Abe would proceed to Malacañang for the customary welcome ceremony at the Palace grounds, the first stop of his two-day visit in the country.

Abe and Duterte will enter Malacañang’s Reception Hall for the signing of the official guestbook before their meeting at the Aguinaldo State Dining Room.

The two heads of state will sign agreements after their meeting then would issue a joint statement.

Duterte will host a state banquet for Abe in the evening before the Prime Minister flies to Davao City.

Abe will be in Duterte’s hometown on Friday, January 13. The DFA said Abe would be the “highest ranking official to ever visit Davao.”

The two leaders will meet with business leaders in Davao City.

Palace and foreign affairs official said Abe wanted to visit Duterte’s house and may join him for breakfast at the President’s house.

Abe is scheduled to fly back to Japan on Friday midnight.

In October 2016, Duterte embarked on a three-day official visit in Japan. CDG

No threat to visit of Japan’s PM to Davao — police

Outbreak from new virus rises to 440 in China, with 9 dead