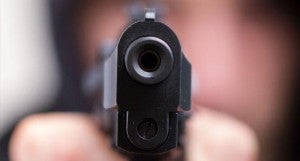 ILOILO CITY — Police are set to file a murder complaint against a seafarer who allegedly shot dead a Hungarian national in Iloilo during a confrontation over firecrackers at the height of New Year’s Day revelries.

“He told us he lost his temper when Melczer confronted and allegedly kicked him,” Cordero told the Philippine Daily Inquirer.

Cordero said a murder complaint would be filed against Lim based on evidence that he had intent to kill Melczer.

Melczer died from four gunshot wounds including one in the head after he was shot at the back of his house in Avida Village in Barangay Balabag in Pavia.

Police arrested Lim at his residence, near the house of the victim, and confiscated a .45-pistol and a 9mm handgun from Lim.

Melczer complained to the subdivision’s security guards around 12:30 a.m. regarding the firecracker blasts from Lim’s residence. He told guards he could not sleep because of the noise.

The guard told him they would ask Lim to stop the lighting of firecrackers. Lim told the guards he would just light his remaining firecrackers and stop.

“Apparently Lim and the victim had another confrontation leading to the shooting,” Cordero said.

Lim, who was detained at the Pavia police station told investigators that he went inside their house to get a gun and shoot Melczer after the victim kicked him in the hand.

Cordero said the two had a similar altercation during during New Year’s Day revelries in 2016.

All the five incidents involved civilians who were arrested.

The region has not recorded a stray bullet victim, a report of the Police Regional Office in Western Visayas showed.  SFM