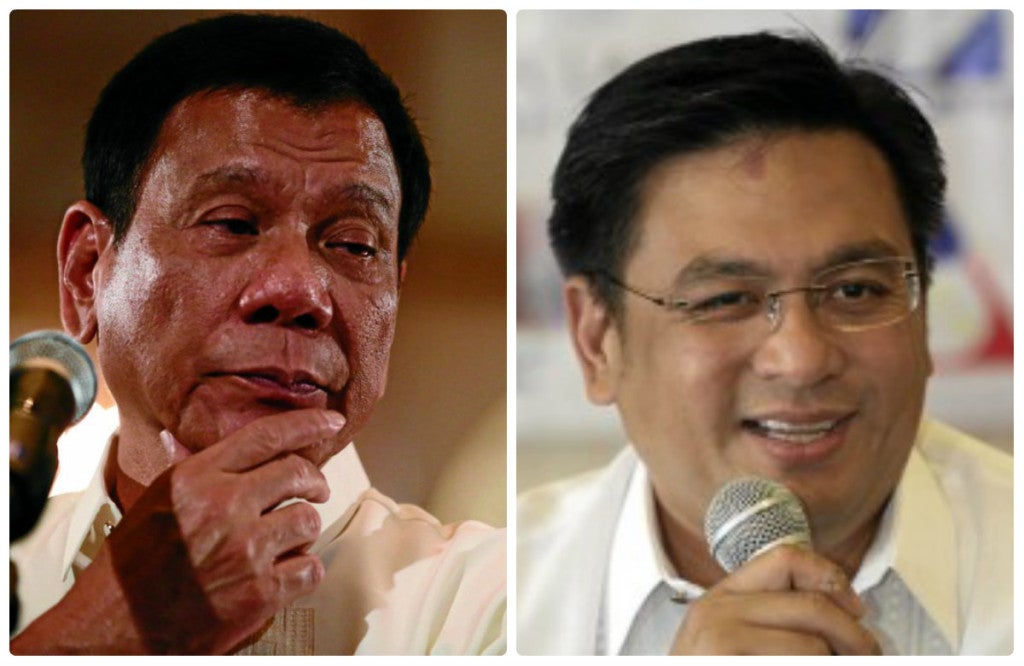 A lawmaker on Sunday called on President Rodrigo Duterte to consult national security advisers and experts before making any statement threatening to revoke the Visiting Forces Agreement (VFA) with the United States.

(Hopefully, the statement of the President is based on the consultation within the country’s security sector—this means his national security advisers—because this has major implications to the country’s defense. Especially since there are issues on the West Philippine Sea and the state of our armed forces’ modernization.)

(So if he’ll make a decision now, there should be extensive consultation and advice from national security experts and those involved in agencies of national defense.)

Upon arriving in Davao from his state visits to Cambodia and Singapore, Duterte threatened to abrogate the VFA after the US aid agency put on hold funding for antipoverty projects in the country. Months ago, the President said he wants all foreign troops out of the country in two years.

“You know, America, you might also be put on notice. Prepare to leave the Philippines. Prepare for the eventual repeal or the abrogation of the Visiting Forces Agreement,” Duterte said. “Ba-bye America, and work on the protocols that would eventually move you out from the Philippines.”

Noting that the VFA is an executive agreement and not a treaty, Duterte said he would decide on it “any day soon.”

Biazon said the President should talk to the defense department and Congress leaders before making any decision regarding the VFA, which he said will have serious implications on national defense.

(Besides that, of course we need to consider this… this is escalation. A sudden retraction. When one side does something, the other retracts. This results to degradation of the relationship. The basis of the decisions would be the retractions. And it might not be advisable for us to do that. It’s as if we’re looking for enemies.)

Biazon said the Armed Forces’ modernization will suffer a setback if the VFA will abrogated.

(It can’t be denied that our armed forces learn from the exercises they do here. It’s mutually beneficial, we get knowledge for our armed forces and it also paves the way for us to have access or exposure to modern equipment. We benefit as far as defense is concerned.)

(If we suddently shift to a different defense ally, our armed forces will have to undergo retraining and retooling. The momentum of modernization will be set back. That’s one of the things we need to consider.) JE/rga

May 30 weather forecast: Cloudy with a chance of rainfall – Pagasa