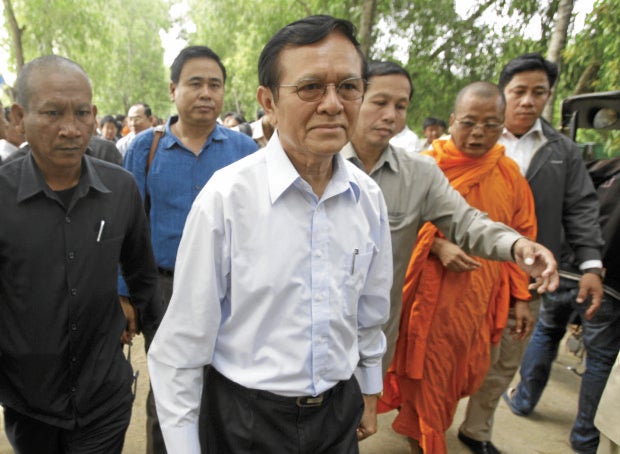 Cambodia has elevated Mr. Duterte’s two-day trip to Phnom Penh—made on the invitation of King Norodom Sihamoni—to a state visit from the usual official visit when new leaders come to see their neighbors in Southeast Asia.

Mr. Duterte’s trip, which starts on Tuesday, is the first stand-alone, bilateral visit of a Philippine leader to Cambodia in 20 years, Montero said.

Former Presidents Gloria Macapagal-Arroyo and Benigno Aquino III visited Cambodia only for meetings of the Association of Southeast Asian Nations (Asean), he said. Former President Fidel Ramos had an official meeting here during his term, he added.

“I must tell you that Prime Minister Hun Sen has deep admiration for President Duterte. He has expressed it publicly in the past. He sees in him an ally in terms of standing up against Western countries in so far as noninterference in internal affairs of the state is concerned,” Montero told reporters here.

Mr. Duterte has cursed and lashed out at the United States, United Nations and European Union for expressing concern about the rising number of extrajudicial killings in his war on drugs. He accused them of hypocrisy and threatened to cut diplomatic ties with them.

Hun Sen, a former Khmer Rouge commander who has been in power for three decades, has also drawn criticism for his authoritarian rule.

The UN human rights body recently expressed concern about “the escalating atmosphere of intimidation” of members of the opposition in Cambodia.

The country also faces threats of withdrawal of development aid from the European Union over its detention of activists.

But the Cambodian strongman’s government has brushed the threats off.

Cambodia, a staunch China ally, has blocked efforts to mention in Asean statements the Philippines’ arbitral court victory that invalidated Beijing’s claim to nearly all of the South China Sea.

“The South China Sea issue is not the defining issue as far as our bilateral relations are concerned,” Montero said.

The arbitration case was filed during the Aquino administration after China seized Panatag (Scarborough) Shoal, a traditional fishing ground for Filipinos off the coast of Zambales province, in 2012.

Instead of using the arbitral court’s decision to the Philippines’ advantage, Mr. Duterte has sought to mend fences and establish warmer ties with Beijing.