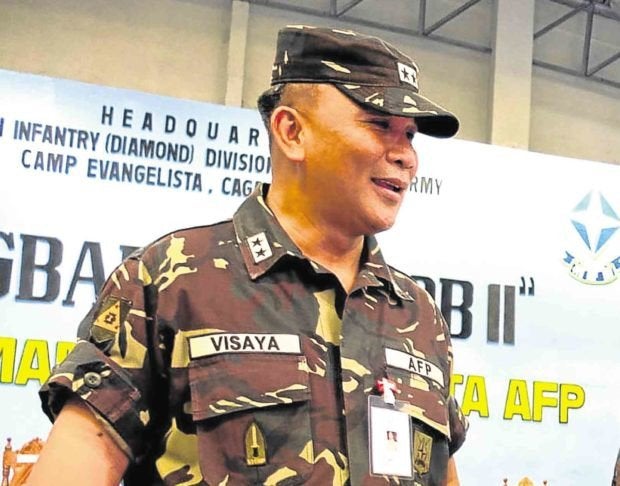 “There is reduction of around five (exercises),” he told reporters in a news conference.

Visaya said that from more than 260 exercises with the US, a long-standing ally, it will be reduced “to around 258.”

The AFP chief could not immediately identify the five joint exercises but said the two of the joint drills that would be removed include the Amphibious Landing Exercise (Phiblex) and the Cooperation Afloat Readiness and Training (Carat).

Both exercises focus on improving bilateral response to regional and maritime security crisis.

“The exercises will now be more focused on counter terrorism, humanitarian assistance and disaster response, engineering civic actions,” he said.

The AFP chief said they are still studying whether to reduce number of troops involved in the joint trainings, but said it will depend on the kind of exercise.

“It depends. For example, humanitarian assistance and disaster response drills need a huge number of troops,” he said.

Asked how the Americans reacted to the scrapping of Carat and Phiblex, Visaya said: “They respected it and as I have told you, we can always change some exercises based on the guidance of our President.”

The Philippines and US held the Mutual Defense Board and Security Engagement Board on Tuesday “to continue close cooperation” of both sides especially in areas of national security interests including humanitarian assistance and disaster response, disaster response, counter terrorism, cyber security and maritime security.

The Department of National Defense earlier said there will be less of assault exercises and will focus on civic action exercises.

The Enhance Defense Cooperation Agreement, an executive agreement between the Philippines and United States signed in 2014 that was earlier opposed by President Rodrigo Duterte, would also be implemented. TVJ

US, PH joint drills to be trimmed down, Edca to continue—Lorenzana