Lost Americans in the Philippines 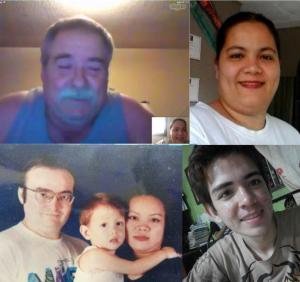 Miranda Jo Cox and her father, Ronald Cox; Fhytz Jharl Thompson and his family when he was a baby; Fhytz at present. CONTRIBUTED

SAN FRANCISCO — Foreign-looking people are everywhere in two cities in the Philippines. Caucasians, Europeans, blacks, name it. But it is not New York or Paris, but the streets of Angeles, Pampanga and Olongapo City, Olongapo.

They have American names like Cox, Hamilton, Young, Norman, Hopkins, Thompson, etc. Yet, they are not Americans; not yet. They are the legacy of the US military bases. More than 20 years after the bases closed, Angeles City is still thriving as a red light district.

And the never- ending stories of Amerasians looking for fathers begin again in any one of the clubs.

Luisito Federico’s mother, Lucy from Tacloban, worked in a bar in Angeles where she met Lewis Young, an African American stationed at Clark as vehicle operation supervisor from 1970-1971.

Caroline Norman was born in Olongapo to Bernard Vernon Norman a pilot of Squadron VP4. Her parents met in a bar, fell in love, lived together for some time until the tour of duty ended.

Where to start looking?

Ma. Cristy Hamilton’s mother was from Bicol, worked in Olongapo and met Michael Hamilton of USS Virgo, stationed in Subic in 1968-1970.

Edward Alamar born in 1973 never knew his mother and father. He was adopted by Filipino couple who also adopted other Amerasians he knew as brothers, sisters and cousins. “I know I was adopted. My parents look different. I don’t know where to start looking,” says Edward.

Reginald Hopkins, 33, was born in Olongapo to Gene Hopkins, a black American. He signed the birth certificates of the brothers, but they are illegitimate. Reginald says that they were about to leave the Philippines but his mother got sick and died. Gene left them to the care of their grandmother in Tacloban and never came back. Reginald and his family live in poverty in Tacloban. He wants to go to New York even as a garbage collector just to have a job and become an American citizen.

Fhytz Jharl Thompson was born 18 years after Clark closed down. John Philip Thompson met Beatriz in a bar in Angeles. She was a “door girl.”

“I never blame my mother. I regularly communicate with my father. It’s just that he is not well-off to take me to the US. That’s why I am studying well,” says Fhytz, a pastry chef student in Pampanga says.

“Until now, in Olongapo and Pampanga, if you are an Amerasian, people think our mothers are prostitutes,” explains Eirween Davis, a former community organizer of Pearl S. Buck Foundation in Olongapo. Davis’ father died during a test flight in Alaska. Eirween recalls that African American suffered more from bullying because they look different, mostly poor and fatherless. Discrimination and abuses are part of their daily lives.

“We can still dream the American dream, but have a back-up plan for you and your family. USA is not always the answer,” advises Eirween.

Father, I want to meet you

Josephine Eroline Oaks had a DNA test with her known father, but it yielded negative results. Yet she believes that the test was contaminated. Her mother before she died, told the name of her father: Dewayne Oaks of USS Enterprise. It was on May 30, 1973 when her mother and Oaks met. She was born on January 24, 1974.

Miranda Jo Cox finally met her father after 32 years. She talks to him regularly via Skype. Ronald Cox never denies her. “I don’t really know what my mother’s work was. I was born inside Subic base because my father, Ronald Cox was a Navy,” Miranda Jo says.

Luisito Young’s father contacted him through email after decades. But after eight years of communication, Luisito has not receive a single phone call or birthday card from him. “I don’t want be an American citizen. All I want is to see my dad in person even for a day to complete my life and ask him why?” says Luisito, an executive at Teleperformance Baguio. 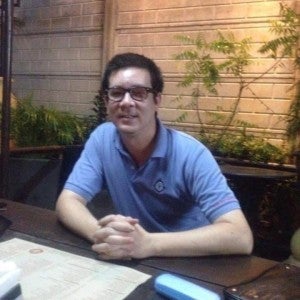 Eirween Alicante Davis worked as a community organizer of the Pearl S. Buck Foundation. He helps fellow Amerasians in any way he can. CONTRIBUTED

The Philippines Amerasian Research Center in Angeles City estimates that there are 50,000-250,000 Amerasians including the new generations. Thousands of them live in poverty, raised by grandparents while the mothers went to work. Some got better education and were able to go to America and find their fathers, while many stopped school to work to help their mothers and half-siblings.

The Pearl S. Buck Foundation (PSBF) used to help the Amerasians in their studies. Marjorry Corum Dickerson was one of the beneficiaries, but when the bases closed down, PSBF was temporarily suspended. Hence, the cycle of poverty among the first and the second generations of Amerasians continues. Marjorry wants to go to America to give a better life to her elderly mother.

John Guerrera is a retired US aircraft mechanic who was stationed at Clark Airbase in the ‘80s. His mother was a mestiza who never found her father. She was married to an American-Puerto Rican who was a former Navy serviceman but later transferred to Air Force in Clark. The couple moved to the United States where John was born. One-fourth Filipino, John felt the need to help the forgotten children of Americans by donating a portion of his salary to Pearl S. Buck Foundation for 21 years.

Not wanting to stop helping, John along with Paul Wickman, another former serviceman married to a Filipina, set up Facebook Page Amerasians Looking for Their GI Fathers. The duo also started fundraising to purchase DNA kits for Amerasians (https://www.giveforward.com/fundraiser/dna) looking for their GI fathers. It already raised $2,470 of the $3,500 target. They’ve already arranged some successful reunions with fathers and children. 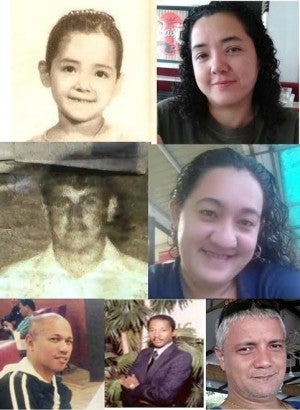 Enrico Dungca, the Fil-Am photographer documenting the lives of Amerasians through his photo-book the Forgotten Americans, believes that concerted efforts must be done to ensure that these Amerasians will finally see the home of their fathers.

To get a US citizenship, the child must have been born to an American parent who signed the birth certificate. The child must be sponsored by the parent. In the case of children born in the US bases, the process is the same. The American parent must sponsor the child before he/she reaches the age of 18. There are cases where the American father can still sponsor a child beyond 18 with the help of an on immigration lawyer and depending on the judge who will rule on the case.

The bill would accept DNA results as a basis for the recognition that the child is indeed the son/daughter of the petitioner. Four other representatives officially co-sponsored the bill. They are Representatives Jefferies, Schiff, Meng and Chu all Democrats.

The Amerasian Act of 1982 left out the Philippines despite its being closest ally and the only fully colonized country of America.