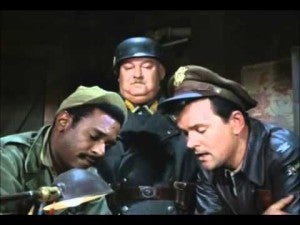 I like watching old TV series reruns. It brings you back in time, when life was simple and carefree. As many do, I record them so I skip the commercials.

One such 30-minute series is “Hogan’s Heroes,” a comedy satire aired in the late ‘60s when I was in college. Strange that it should remind me of the New Bilibid Prison (NBP) in Muntinlupa and the goings-on within.

“Hogan’s Heroes” is set in a POW (Prisoner of War) camp – Stalag 13, located somewhere near Düsseldorf, Germany during WWII. The camp is run by a bumbling commandant, Col. Wilhem Klink, aided by a carefree Sgt. Hans Schultz who is ever too friendly, oftentimes collaborating with the “prisoners” led by a US pilot Col. Robert E. Hogan.

Supposedly under strict German army security protocols, Stalag 13 “boasts” the distinction of never ever having a prisoner escape. That’s what the Germans believe, except that inside the camp, underneath the barracks, was a network of tunnels and a nerve center capable of receiving orders from the Allied command in London. 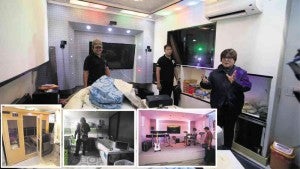 Hogan and other POW’s are able to conduct espionage and operate at will under the very noses of their captors. The “prisoners” have the means to freely get in and out, and because they have a two-way radio are able to communicate and transact with the underground forces. They are able to hold parties and have access to the finer things in the “outside world.” In other words, they do not miss anything, including their freedom. The prison camp is a perfect setup for covert operations, undetected, unhampered and safe, i.e. “walang huli.”

Fast forward to today, at the NBP (New Bilibid Prisons) in Muntinlupa. Do you see any similarities?

We were made to believe, all throughout these years, that our prisoners (high- profile drug lords) are safely locked up in jail cells, unable to cause further havoc on our society. Well, we were wrong.

The NBP through (deliberate?) mismanagement has recently been discovered to be the “command center” of a P16-billion illegal drug “industry,” with “prisoners” producing and selling illegal drugs under the very noses of (or in collusion) with those responsible for guarding them. No wonder, the illegal drug trade has flourished, even though these criminals have been caught and incarcerated in supposedly the most closely guarded prison facility in the country.

Imagine what they were able to do: hold parties/concerts with celebrities; bring in women for pleasure; transact business through smuggled cell phones; bribe officials and impact the electoral process. The prisoners never had it so good doing their “trade” using taxpayers’ money, safe and sound, “away” from the long arm of the law.

It is hard to believe that this state of affairs happened overnight. It did not. This setup, because of its complexity, could not have been the handiwork of a single individual. I believe a well-organized group, deeply “connected” with the police, judiciary and bureaucracy, is behind it.

However, I thought those who planned such a system had a brilliant set of criminal minds, until I saw “Hogan’s Heroes” once again. The NBP “system” is a Hollywood-inspired copy of Stalag 13, not an original Filipino idea after all. The real-life NBP script has a striking parallelism with the reel script of the TV series, with a twist. Unlike the TV show where the good guys win, I know the bad guys, in our case, will eventually lose. I am glad we are taking steps to stop this madness.