Many US caregivers spend $7K yearly out of pocket — study 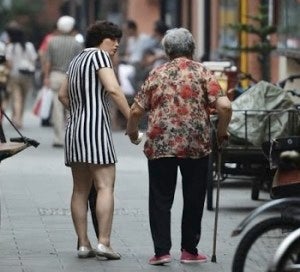 Denise Sleeper has sold her home, spent most of her retirement savings and quit her job to care for her husband since his Alzheimer’s disease struck two years ago.

“It’s been like a tsunami in my life,” said Sleeper, of Gilford, New Hampshire.

She’s drained $168,000 from the couple’s retirement account since her husband, Scott, was diagnosed with the degenerative illness. At first, she cared for him at home, but he’s in a nursing home now. Sleeper gets by on his disability checks and the $32,000 left in their 401k.

Stories like those are common among the nation’s 40 million family caregivers whose out-of-pocket costs are under-recognized, according to an AARP survey out Monday.

Out of pocket expenses

More than 3 out of 4 caregivers absorb out-of-pocket costs currently averaging nearly $7,000 a year, AARP found. Those costs consumed the equivalent of a fifth of caregivers’ incomes on average — and the burdens were even greater for those with lower incomes, the group reported. The most financially strapped caregivers tap savings or take out loans to meet expenses.

“As technology increases and people live longer and live with more complex care needs, the family has been picking it up, not the formal health care system,” said Susan Reinhard, senior vice president and director of AARP’s Public Policy Institute.

“I had hoped and I had planned that I would be able to provide that care for Scott until he died. I thought our retirement was going to be enough to carry us at least two or three years, and lo and behold it didn’t,” Denise Sleeper said.

Among the expenses caregivers cover are relocation costs for a caregiver or recipient; renovating homes with safety features such as wheelchair ramps and bathroom grab bars; assuming a loved one’s mortgages and other household payments; buying specialized equipment including wheelchairs, scooters and beds; covering insurance premiums; and paying for home care aides or respite services.

Costs vary depending on the recipient’s age, independence and relationship to the caregiver, according to AARP. For example, attending to someone older than 50 costs more than assisting someone between 18 and 49, and caring for spouses leads to more out-of-pocket expenses than caring for friends or relatives. Household expenses account for the largest share of personal costs — 41 percent.

AARP found generational differences in caregivers’ financial burdens, too. Older caregivers between 71 and 91 years old spent the most in dollars — $13,875 a year. Millennials, those between ages 18 and 34, spent the largest share of their incomes — 27 percent — helping loved ones.

The demands lead to life adjustments for caregivers: 45 percent reported they stopped taking vacations and 45 percent said they ate out less often to compensate for their extra costs.

Many sacrificed personal essentials as well: 19 percent scaled back on their own doctor visits, 18 percent bought fewer groceries and 5 percent spent less on their children’s education.

Caregivers surveyed reported that the time and energy they devoted to the task also affected their work lives. Nearly 1 in 3 reported changing hours, almost 30 percent took paid time off and 22 percent took unpaid time off.

Read Next
US vessel docks at Subic Bay for port visit
EDITORS' PICK
PH resumes talks with China on Chinese-funded transport projects
A laptop that maximizes your WiFi so you can maximize your productivity
Why Tagle is a leading papal contender
PH may import sugar around October if supply runs out
House energy committee chair Arroyo bats for cheap electricity
Powered by style, innovation and passion
MOST READ
U.S. actor Anne Heche is taken off life support 9 days after car crash and dies
Imee Marcos bares illegal importation of white onions
John Arcilla cries foul over death threats for his ‘Ang Probinsyano’ role: ‘Serye lang, walang personalan’
PVL: Celine Domingo gets big surprise as Creamline’s Finals MVP
Don't miss out on the latest news and information.