How will a Trump presidency impact on the Philippines? 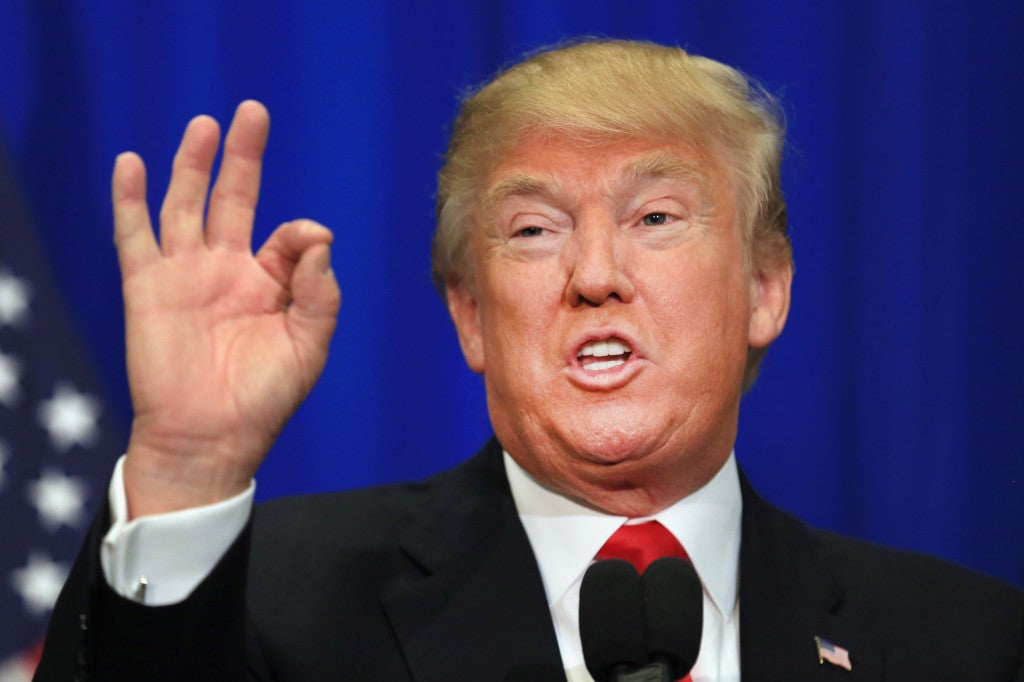 Q: What can the Philippines and the Filipinos expect from the incoming administration of American President Donald Trump?

A Trump presidency could have mixed implications for the Philippines. For one, Trump will be more focused on America and its domestic scenes rather than having to deal with other countries. Trump doesn’t seem to have a significant concern about human rights issues so under a Trump administration, there could be less tension over President Duterte’s drug war.

Trump and Mr. Duterte have differences but they also have similarities. Both are mercurial. Both are populist and these could strike an unlikely bromance between them. Their style of governance has similarities and this could be a point of convergence.

Trump also doesn’t seem to have much concern about the territorial dispute in the South China Sea and this will leave the Philippines to have to deal with China, which could mean the country will be more on the mercy of China.

If he pushes through with his plan to compel allies to pay for US military presence or else he withdraws it, then he and Mr. Duterte will like each other. If he pushes through with his protectionist policies, the Philippines may kiss its BPOs goodbye since Trump will demand these companies go back to the United States. He may hedge on the outsourcing of textile but on other products, he might impose high tariffs so these will not compete with American businesses.

A Trump presidency will be a more inward-looking United States government. The US vote is basically a vote against untrammeled globalization and its negative impact on middle American households and the working class.

As the US looks inward, it will be  less of a global leader and will cede such role to the BRICS countries but more especially to China and Russia. Welcome to the United States as a third-rate world power, which may not be such a bad thing for the rest of the world.

For the Philippines and Filipinos, this ties in with Mr. Duterte’s pronouncement of an independent foreign policy and will force the country either to be self-reliant or into the arms of China and Russia. This is not necessarily a bad thing if these new relationships are built on an even playing field. But that may be wishful thinking.

As Trump, a Republican, is set to assume the US presidency, the Philippines will certainly feel its impact in the areas of trade and investments as well as defense. Along with the change in the party in power comes the change in policies and programs.

He thinks that the United States has not been getting what it deserves in its various trade deals with other countries. His solution is embodied in his America First Policy, which is basically known as economic protectionism. Measures will be adopted to close its economy from foreign competitors and to prevent US companies from moving their factories to developing countries where labor is evidently cheap. If this happens, the Philippines will experience no growth in industries where US companies have significant investments particularly the BPO industry.

“With the advent of the Donald Trump presidency, it is expected that there would be a shift in foreign policy from the US pivot to Asia that was initiated by the Obama administration in 2011. American support for regional cooperation mechanisms, such as the Association of Southeast Asian Nations (Asean) will decline. Defense cooperation with Asean countries, especially with a treaty ally like the Philippines, will weaken as US interest in being engaged in ensuring the peaceful settlement of maritime disputes in the South China Sea becomes less of a priority. This would lead to a scaling down of joint military exercises between the United States and the Philippines.

Official expressions of US concern for human rights in the Philippines will diminish since this is not a key issue for the Republican administration. People-to-people ties will persist having been nurtured through the educational and cultural exchange programs that form part of the elaborate ecosystem of cooperation between the Philippines and the United States.

With the election of Donald Trump, Americans will better understand the rise of Duterte in the Philippines. Much of the polarization experienced in the Philippines will be mirrored in the United States. But people-to-people relations will continue to be warm, and the American and Filipino bureaucracies will silently work together on common issues like fighting terrorism and transborder crime. Duterte will continue to rail against America because that is in his OS (operating system) and he needs a devil to curse and blame for unsolvable historic Filipino problems. —INTERVIEWS BY MINERVA GENERALAO, ANA ROA AND RAFAEL ANTONIO, INQUIRER RESEARCH